The first time I saw Nacie Peele was in an oil painting owned by a former employer, Alex Kotarides. Alex owned a waterfowl hunting club where I helped out in the maintenance and guiding chores. The large painting showed him mending a fishing net, and I would stand there transfixed with that image. It evoked a wonderful maritime quality and tranquility. I had heard nothing but good stories about Nacie. Ever since I moved to Hatteras Island, I was amazed at the commercial fishing way of life, and over the years, I’ve worked, using photography to document this vanishing lifestyle.

Some years later, I was shooting a magazine assignment involving Michael Peele fishing his pound net. It was a pretty day, and the fishing not particularly great. But I got my pictures, and we headed back to shore. On the way in, we spotted another fisherman working a pound net. It was Michael’s uncle Nacie, and we went over to check his catch. I was excited that this man at nearly 80 years old was still out in his skiff, pulling nets. I remember thinking to myself, here he is, a quintessential Hatterasman, the real thing. I made several more shots, and we went in. 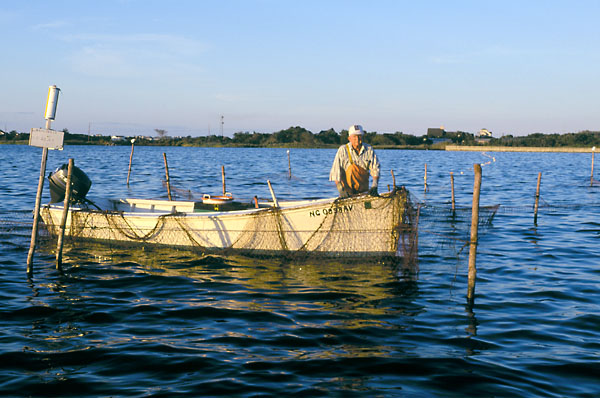 Ever since then, I’d stop in to visit Mr. Nacie occasionally. He always remembered my name and had such a gentle, welcoming demeanor. His stories told of an interesting life, from surviving a torpedoed ship in the war, hauling in hundreds of boxes of fish from a pound net, and building boats. He did eventually stop fishing in his mid-80’s, but was still sharp and tended a magnificent vegetable garden. 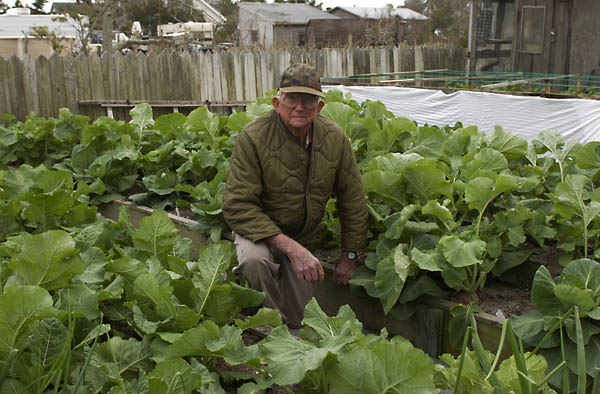 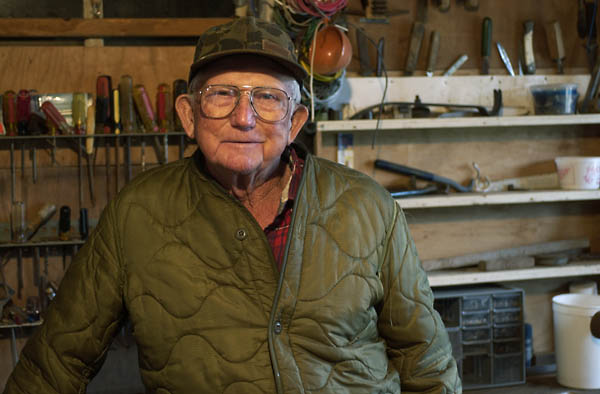 Nacie passed away peacefully on January 16 not many yards away from the spot where he was born. He was 89 years of age.