Back in the day, I used to love hanging out at the Rodanthe Creek. Originally built as a Pamlico Sound access for the Coast Guard, it was bulkheaded and was one of the few protected harbors for local fishermen to use. It was always fascinating to see what they were catching.

It was also a good spot for honing my photography. I bought Kodak Panatomic-X black and white film in 100 foot spools and rolled my own 35mm cassettes. Then I’d develop the film at home in the darkroom. The creek was only a few hundred yards away from my house.

I’ve never shown these photographs from this period before, and it’ll never be like that again. 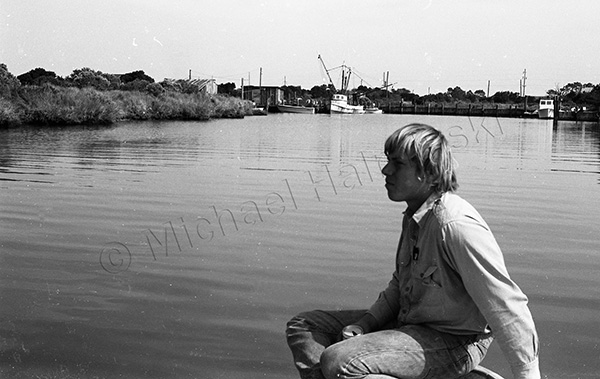 A young Dale Midgett ran the fish house. He had an entrepreneurial spirit and packed fish for wholesaler Jimmy Austin. 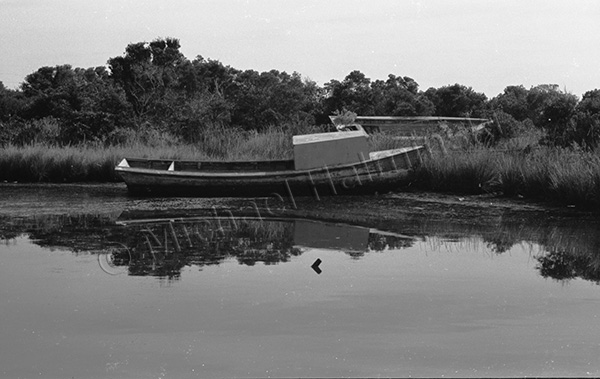 Derelict boats were part of the landscape. 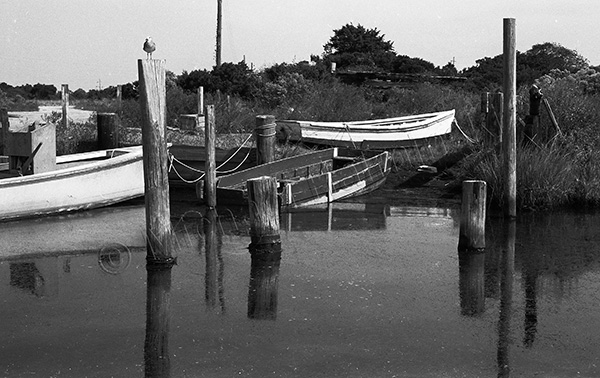 John Herbert’s sail skiff sat high and dry on shore. It was one of my favorite boats with classic lines, and was featured in my New Inlet and Skiff photo, shot in 1979. 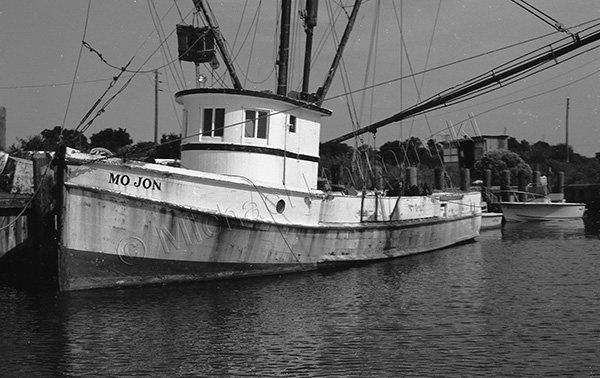 Harry Midgett’s trawler was at the dock for much needed maintenance. He eventually took it shrimping to the Gulf of Mexico, where I heard it sank and was lost. 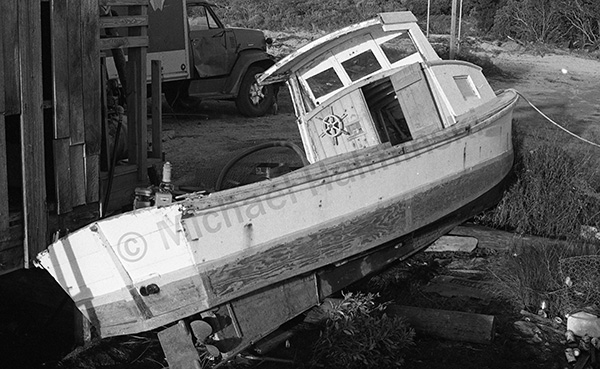 I don’t know who owned this workboat, but I admired it’s design and narrow stern. 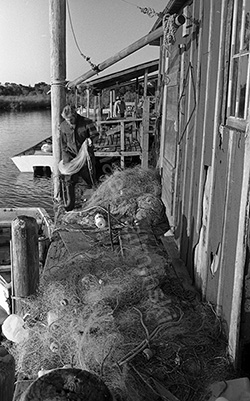 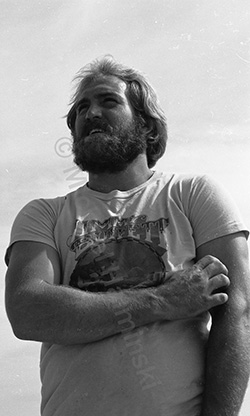 Bruce Midgett prepared his nets at one of the fish houses on the north side of the creek. 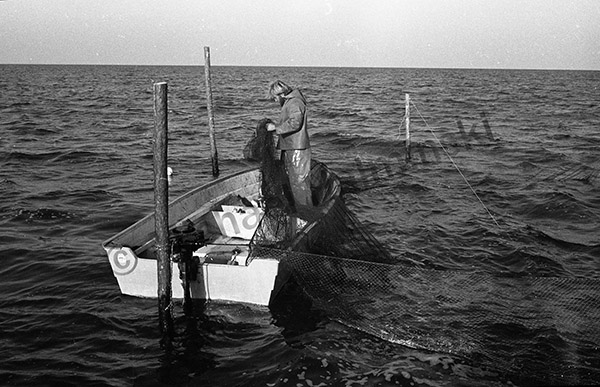 Bruce and Dale set up pound nets a mile out in the sound. 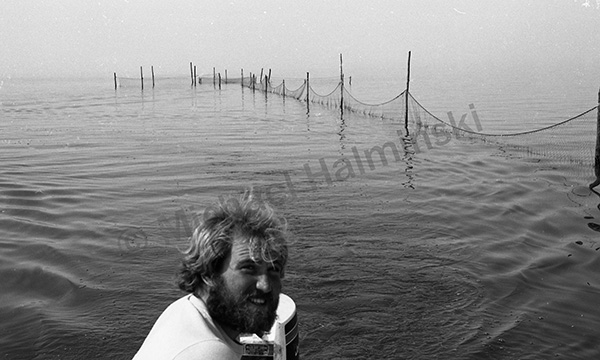 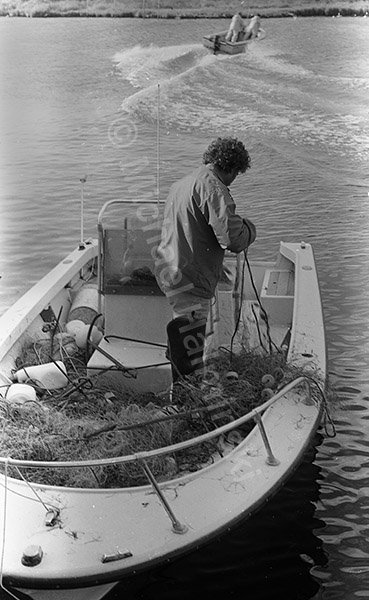 Joe Fegundes, known as Jobob, was also fishing from the Creek. 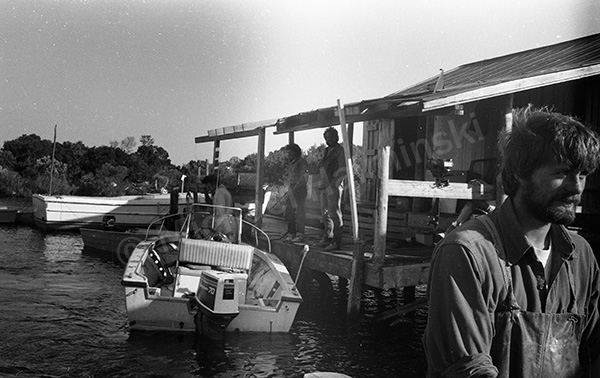 Ed Corely was an avid fisherman. I helped him for a few months. It was hard work. Ed moved to Coos Bay, Oregon to work on an ocean trawler. On a New Years Eve, he went down with the boat and was never found. 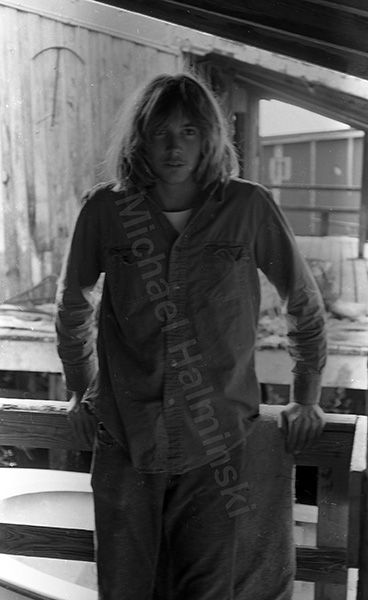 Selby Gaskins, Jr. was always helping out at the fish house. 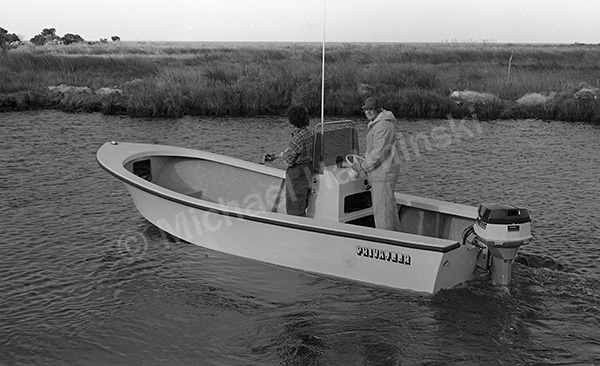 Martin Maestas and Glen Boykin were gill netting from this Privateer. Fiberglass boats had become more common than the traditional wooden boats. Glen married Selby Jr’s sister, Teresa, and I shot their wedding. 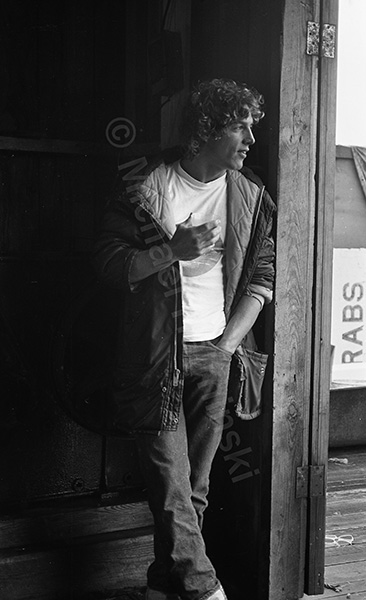 Irvin Midgett was another young fisherman, and still fishes some today. He runs a successful campground and is always willing to help others. 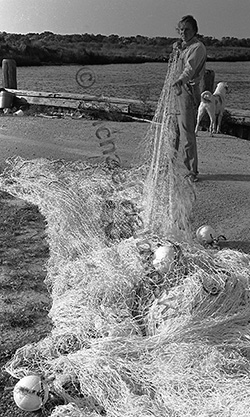 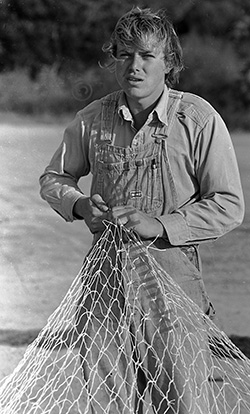 Back then, Dale Midgett made a decent livelihood as a fisherman. 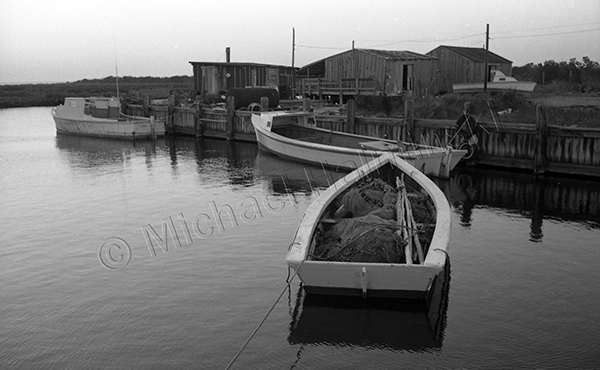 One of my favorite shots was taken of Mac Midgett’s haul seine rig. In a way, it symbolizes the best of times.