Most think that I’m strictly a nature photographer. That does account for much of my shooting, but I also delve into other things as opportunities arise.

With the 41st President of the United States in the news recently, it made me recall some shooting I did in the Florida Keys. In 1995 I was invited to photograph a fundraising fishing tournament in Islamorada hosted by the Cheeca Lodge.

Known as the George Bush-Cheeca Lodge Bonefish Tournament, this was the second of an annual event to benefit the George H.W. Bush Presidential Library, as well numerous deserving non-profit organizations.

My job was to cover the fishing, ceremonies and socializing surrounding the two day event. It was a privilege to photograph it for 9 consecutive years until the final tournament in 2003. 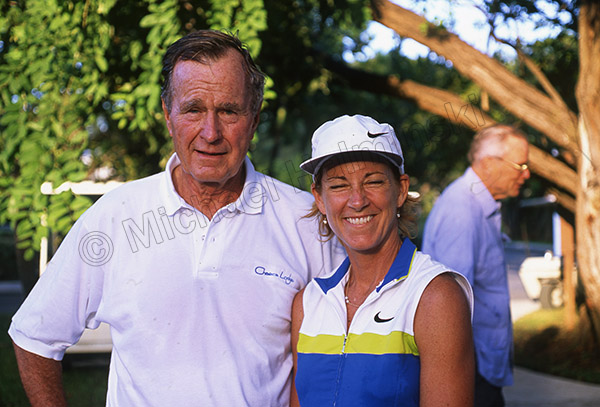 The first time I met the former President was on a tennis court with superstar Chris Everett. 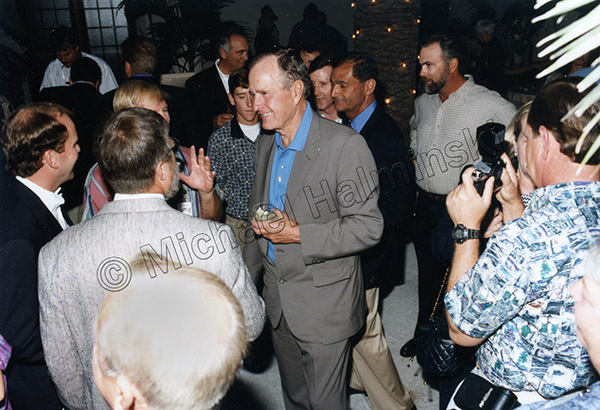 President Bush was socially engaging with everyone, and I felt comfortable around him. 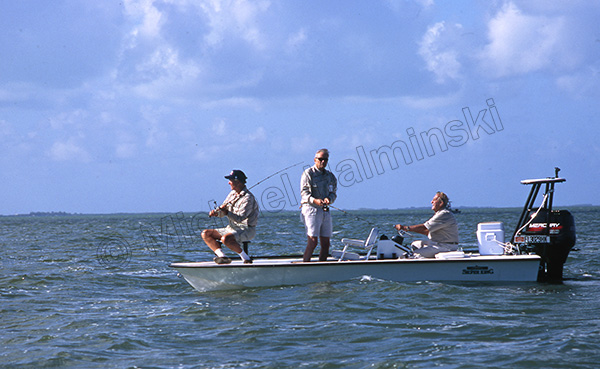 Days out on the water were long, especially if the fish weren’t biting. This was my first year shooting the tournament and his fishing partner was former Secretary of Treasury, Nicholas Brady. Their man at the helm was legendary fishing guide, George Hommell. 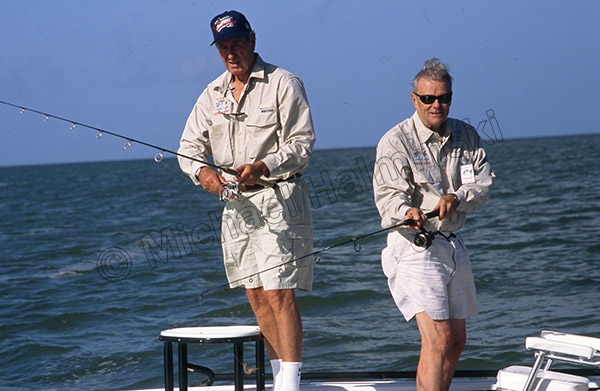 They got a good casting workout but were unable to find the elusive bonefish. 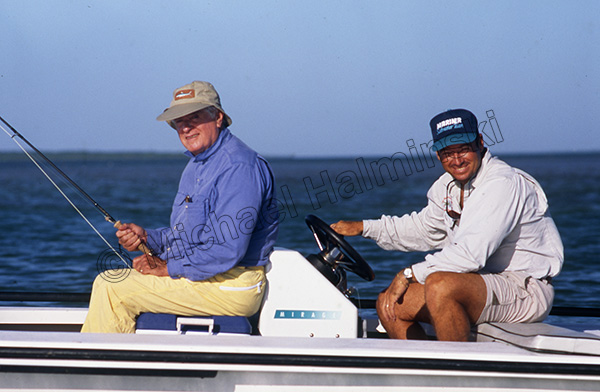 The master of ceremonies for the entire event was Curt Gowdy, and what an unforgettable voice he had! 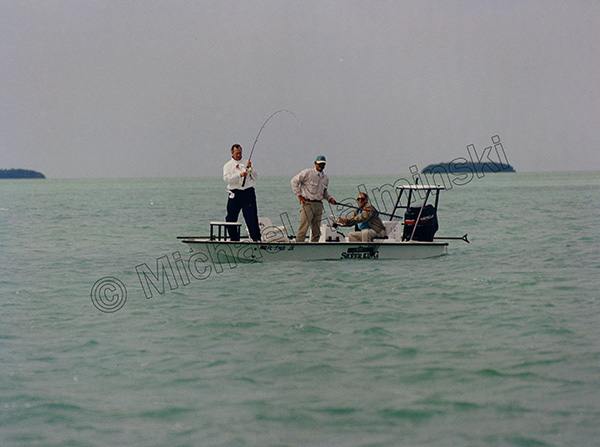 In 1999, President Bush hooked one of the largest bonefish of the tournament. 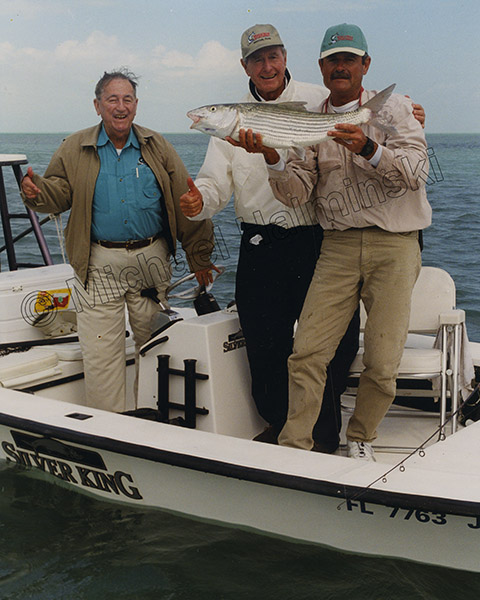 It was a beauty caught with guide extraordinaire, Al Polofsky assisting. George Hommell on the left, was also on board. The fish was weighed and released. 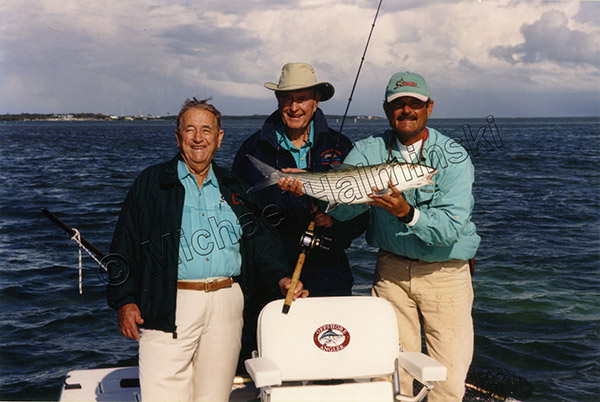 In 2002 it was cool and blustery when he proudly came up with his last tournament bonefish.

Thanks for the memories, Mr. President!