An accountant from Northern Virginia by the name of Myers, owned a cottage on the oceanfront in Rodanthe. It was a ramshackle place, built at a time when, if there were any building codes, they weren’t enforced much. The Myers family used to spend Summers there. Two of their kids were Worth and Gladys. They partied with the locals. In the winter, two of my friends Carlen and Dave, rented the place.

Robin and I surfed in front of it for years. It had a consistently good breaking wave and the mainstream surfers from Virginia Beach hadn’t discovered it.

A bit of a landmark, I photographed it for a period when I thought it was going to wash away. I saw the Rodanthe oceanfront nearly every day, checking the waves and exploring. What I didn’t realize at the time, was that I was also witnessing a complex process of barrier island dynamics. It fascinated me, how the beach environment reshaped with each storm.

Then the surfers from the north began coming. And as surfers will do, they name a spot after something they can relate to. From then on it was dubbed the grommet house. Grommet is surfing slang for a young or beginning surfer. In the longboard days, they were referred to as a gremmie. The Grommet House became a popular, packed out surf spot, but by then Robin and I moved on to other secret breaks to elude the crowds. We were always one or two steps ahead of the masses. 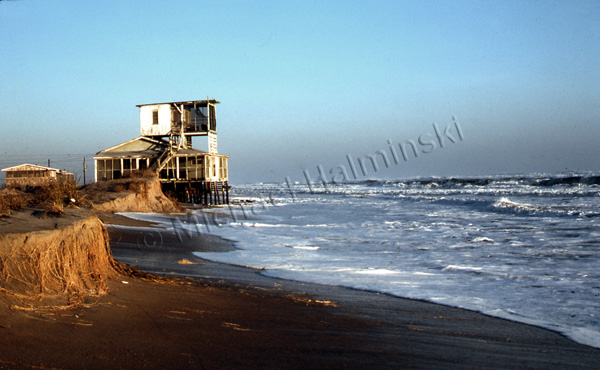 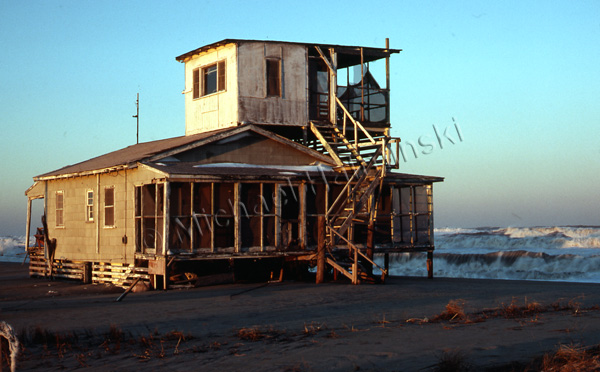 The Myers cottage gets some weather in March of 1980. 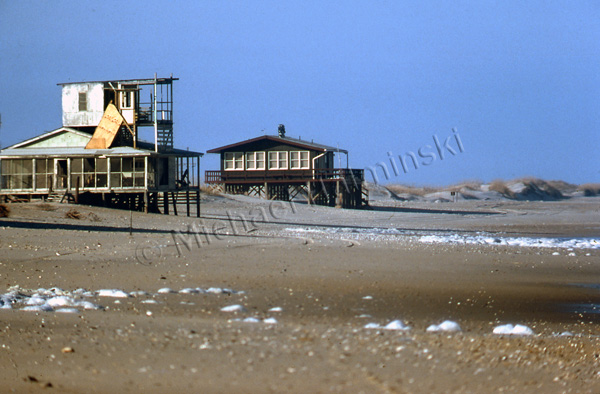 The house was still holding fast in 1982, and the beach made some accretion. The dune line in the background would later shelter a subdivision called Mirlo Beach. 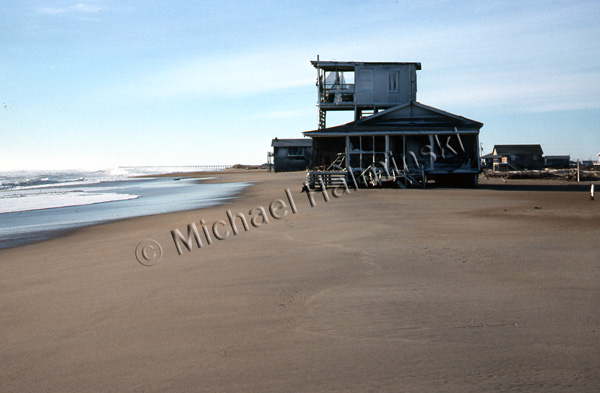 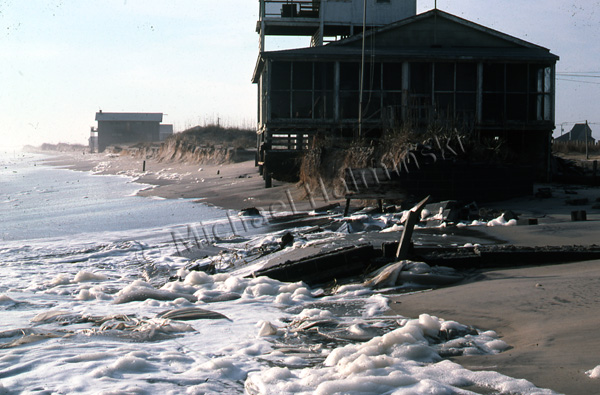 The driveway got pummeled into the sand. 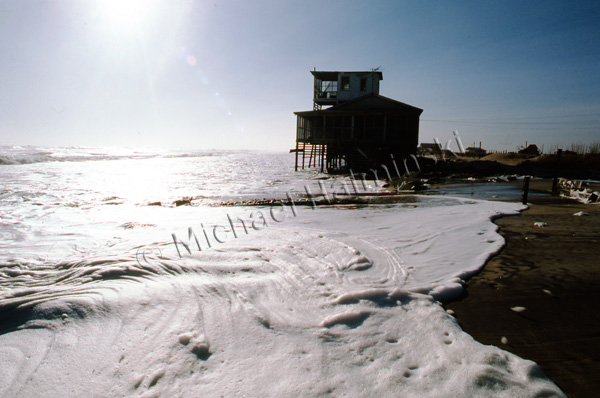 The ocean eventually took over, and the house fell into the sea.