Most of my visits to Ocracoke include a walk through the maritime forest at Springer’s Point. My favorite tree there is a large live oak near the shore of Pamlico Sound. It’s been said that tree was there when Blackbeard bivouacked nearby at Teach’s Hole over 300 years ago. 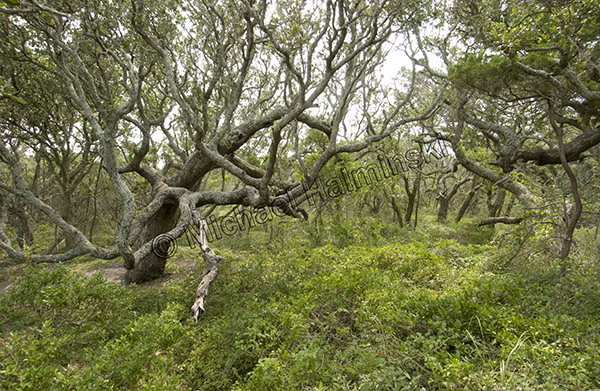 During Summer months the forest is lush and green. Under the canopy one feels sheltered, safe and protected. This is how it looked when I photographed it in 2004. 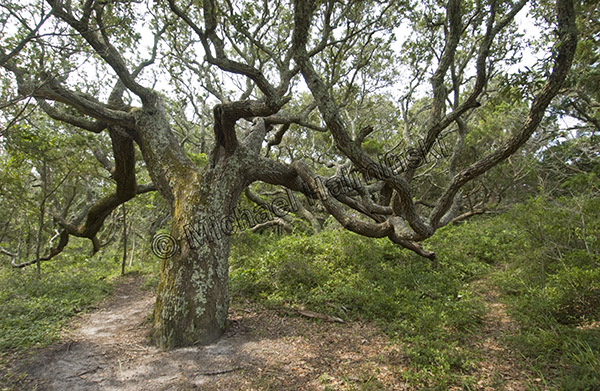 The old live oak is large enough to take 3 or 4 people putting their arms around the trunk. 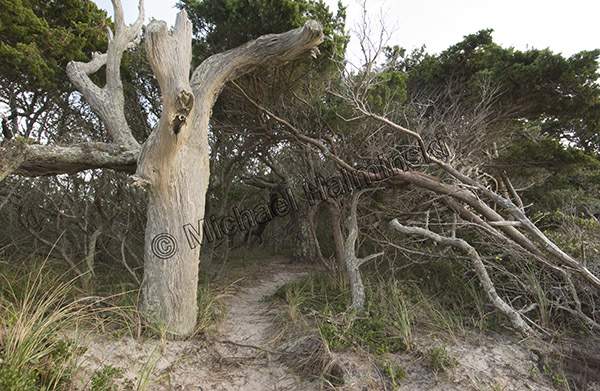 The big tree was tucked well back into the forest along a nature trail near Pamlico Sound. The North Carolina Coastal Land Trust purchased the 31 acre property in 2002 to preserve and maintain it for the public to enjoy. 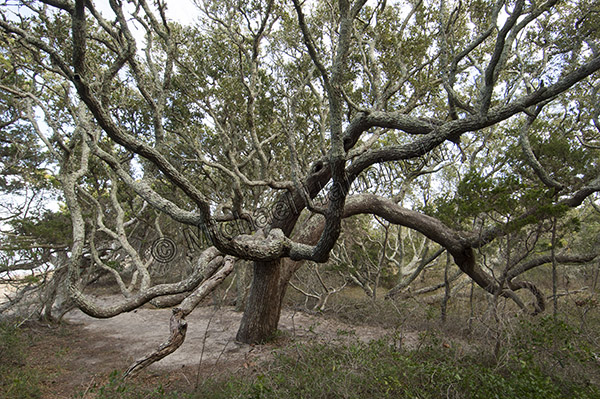 I photographed it again in December of 2007. 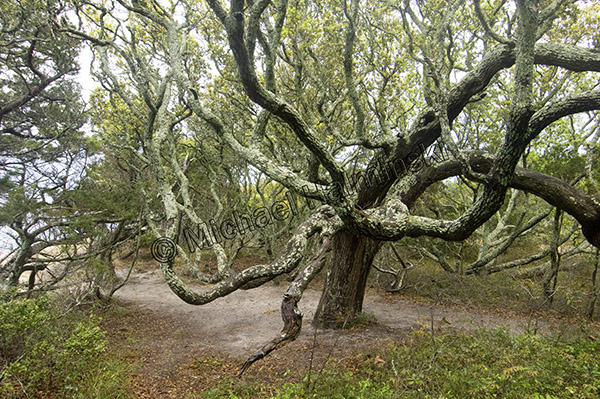 The following Spring of 2008, I saw it bursting with new foliage. 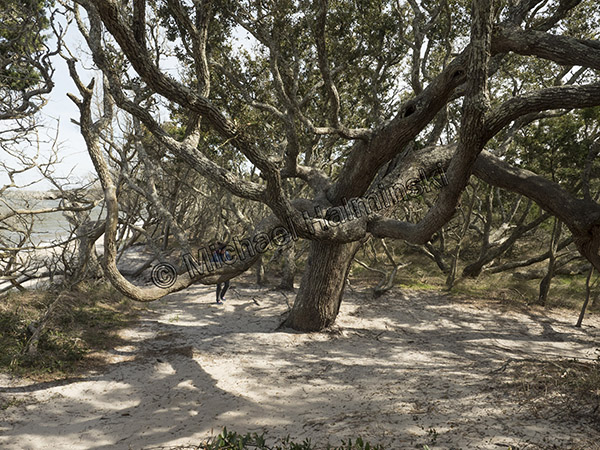 One year ago in March of 2019, I shot the tree again from the same general perspective. 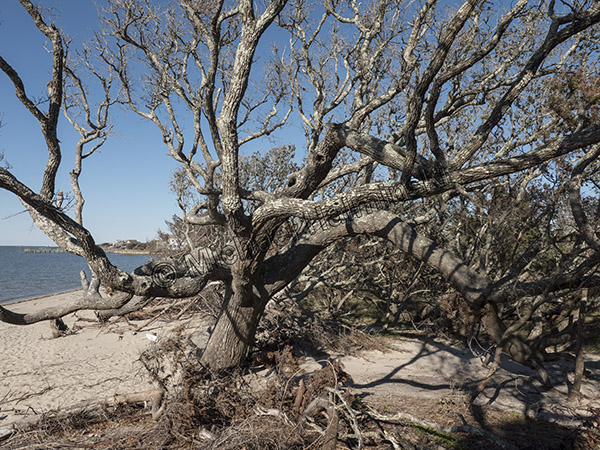 When I returned two weeks ago, Hurricane Dorian was 6 months gone. The environment on Ocracoke was transformed from what I had known in the past. The oak that I admired for years was ravaged by wind and sea. 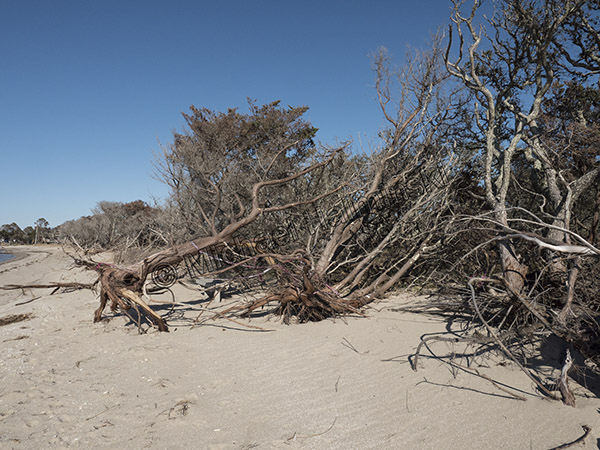 Cedar trees along the edge were torn out by the roots, eroding into the forest. 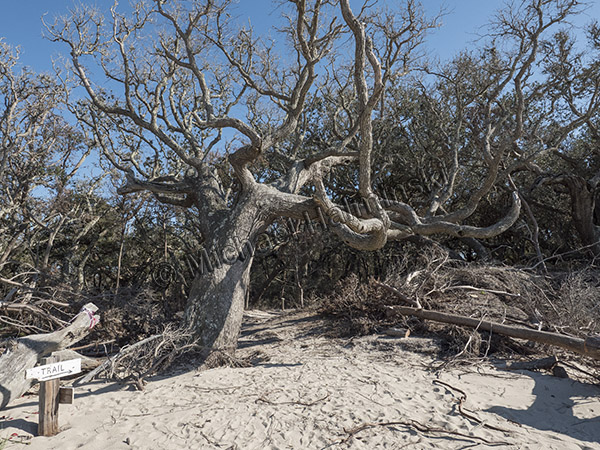 The oak tree was still rooted, leaning over into the woods. 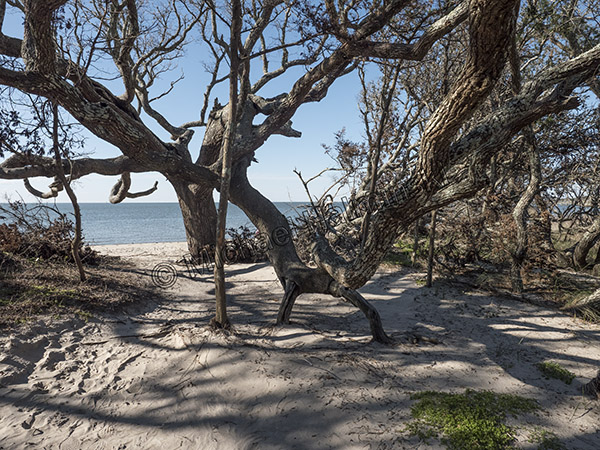 It seemed the only thing holding it upright was the big limb supporting the old giant, like a kickstand. Now that it’s vegetated buffer is gone, I wonder how many more years it can survive.

The barrier islands are a frail yet tough place. It changes here every day, some days more than others.