Before I sign off on Serendipity, I want to show the new location. The picture tells it like it is. Today with the sun setting after a beautiful winter day, Serendipity already looks idyllic on site. 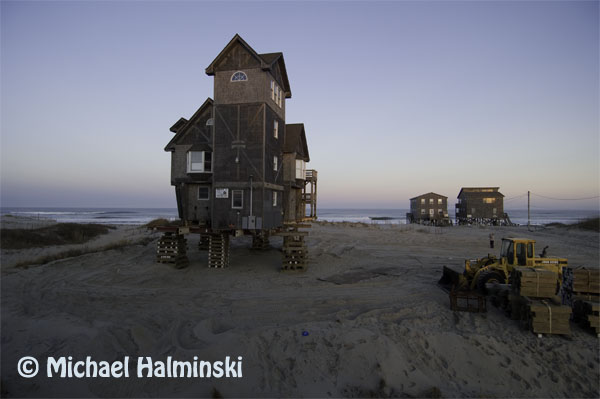 In 1991, Serendipity was only a couple years old. Roger Meekins, the original developer of the Mirlo Beach subdivision had asked me to make some photographs for him. He was proud of the new development, and especially proud of Serendipity. 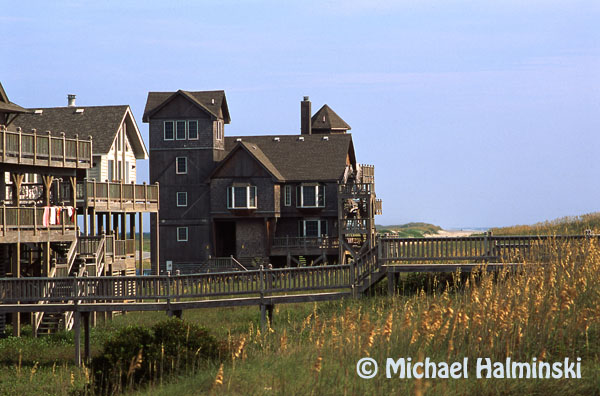 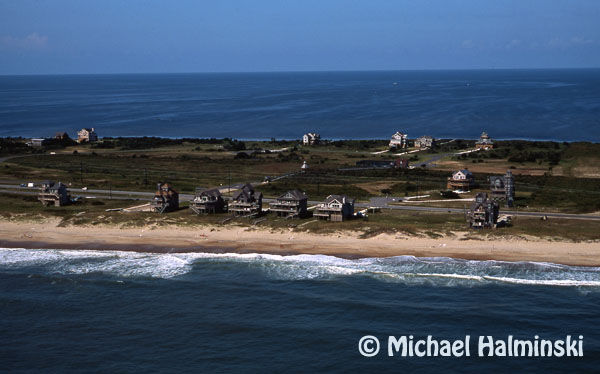 As you can see from this 1991 aerial view, there was plenty of dune and beach way back then. That’s Serendipity on the far right.

The somewhat legendary house called Serendipity has been moved away from the S- curve and out of harm’s way, at least for a while. For the current owners’ sake, I hope a good while. They plan to restore the building to it’s cinema screen glory and rent it to visitors. If popularity has anything to do with it, it should rent pretty well.

The media and public interest in it’s relocation has been extraordinary. Last Friday, before a hundred curious onlookers, it was removed from it’s piling foundation and lowered onto I-beams supported on big tires. The weather window was ideal, especially for this time of year. It was brought back from the beach to the edge of highway 12, where it sat until this morning for the big move. 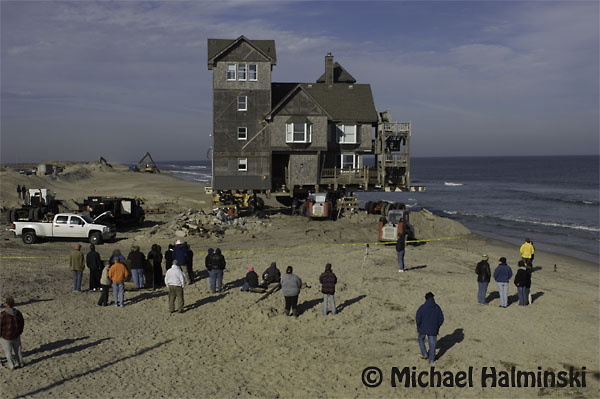 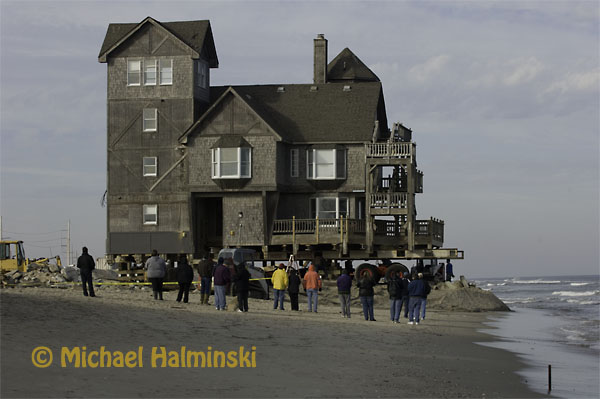 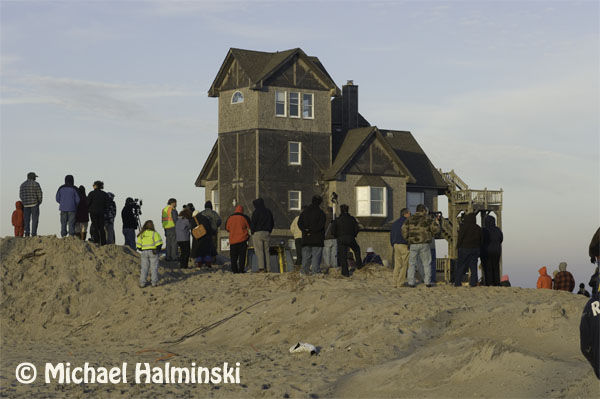 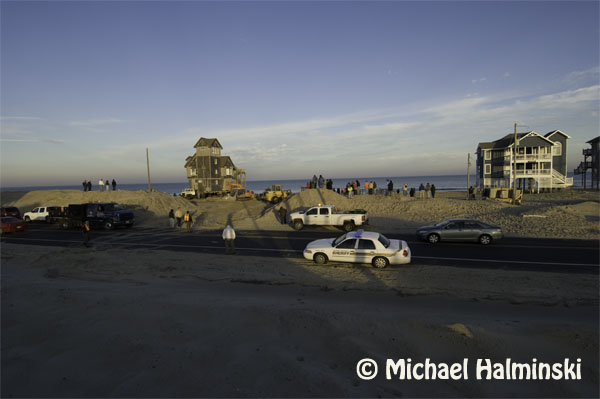 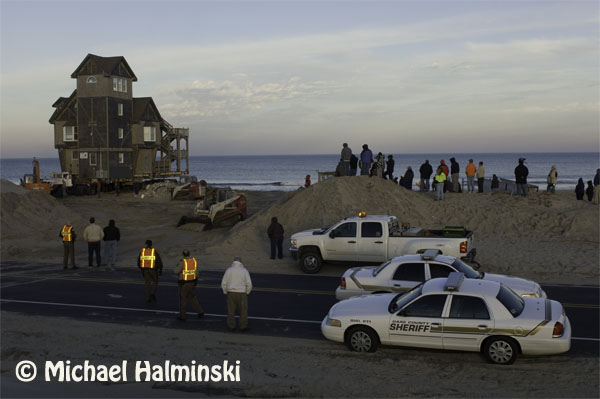 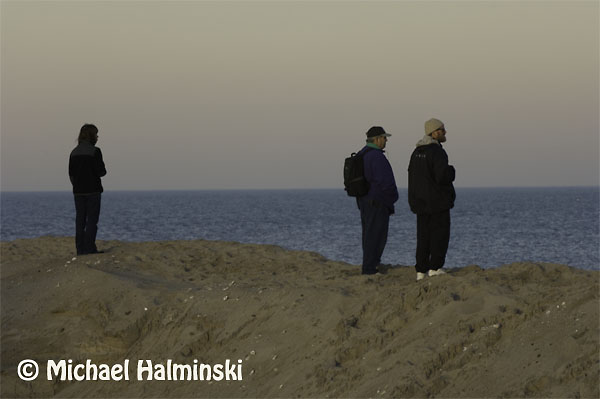 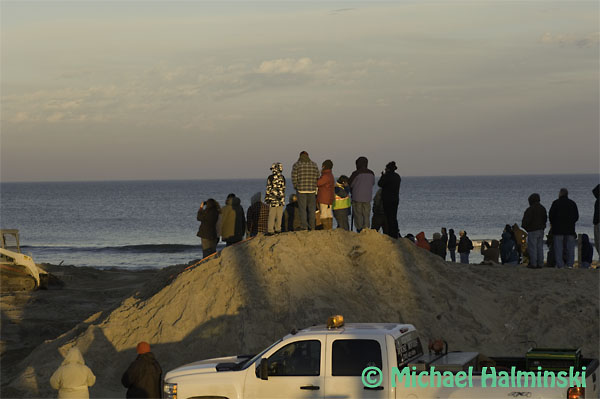 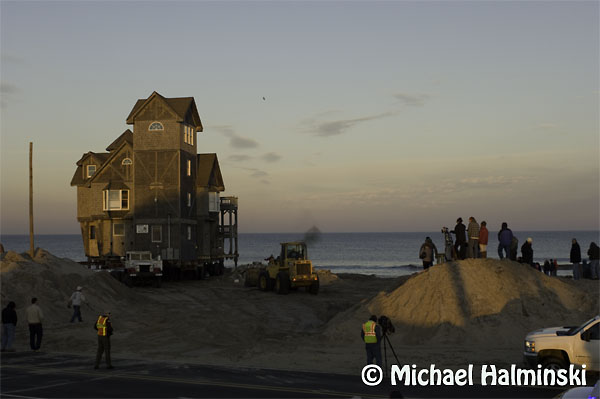 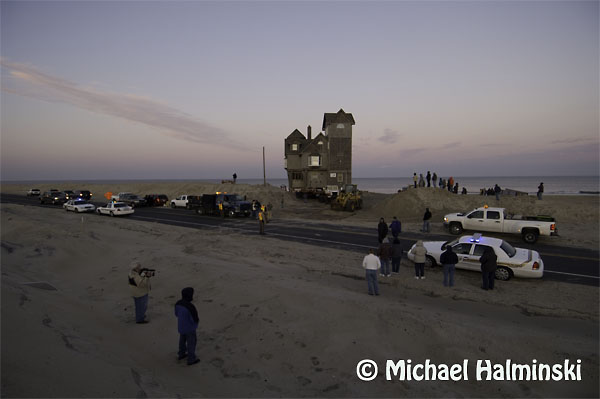 As I entered the arena today, there was a helicopter up for an aerial view, and what seemed like at least a couple hundred spectators. Others involved were Dare County Sherriff’s Department, State Troopers, electric coop workers, cable TV people, firefighters, EMT’s and more. The place was bustling with activity, all swirling around Serendipity. 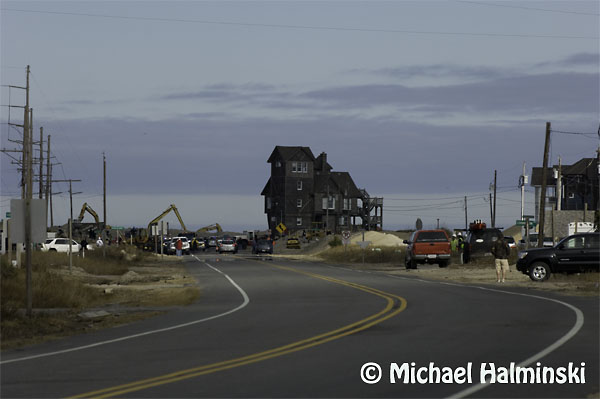 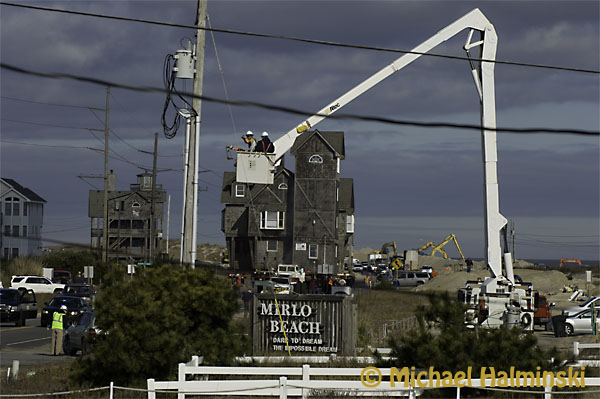 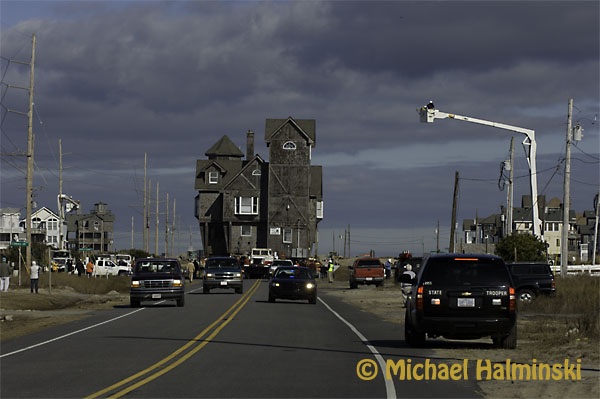 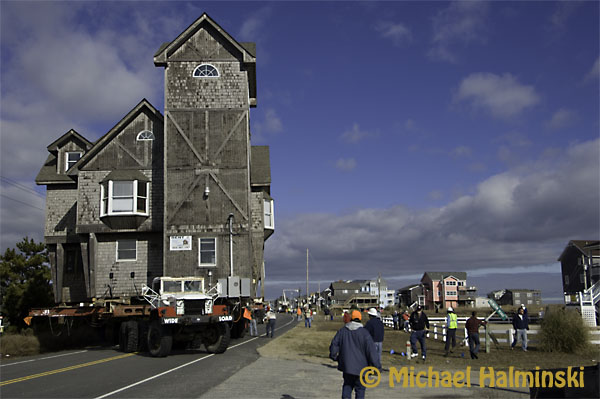 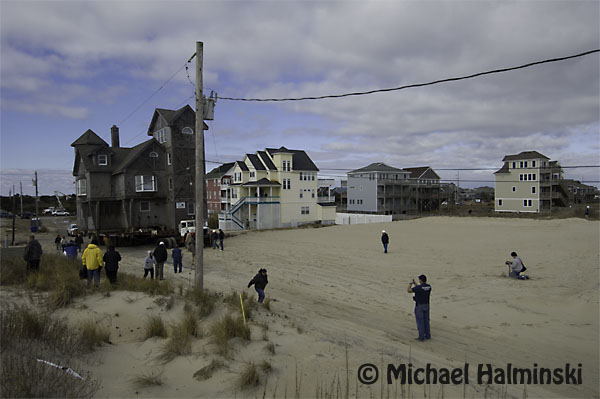 As for myself, the moving aspect was interesting, but the general spectacle of the people taking it all in was equally interesting. 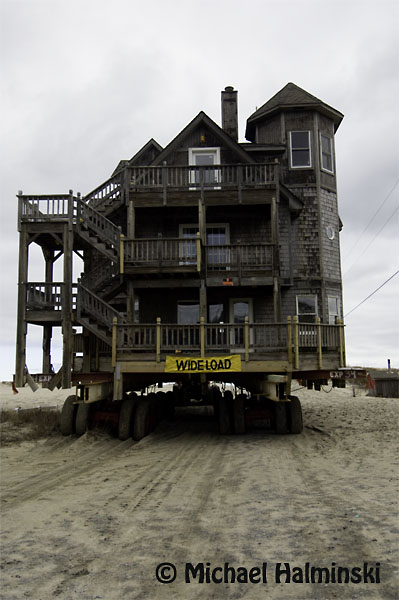 Oregon Inlet is a place notorious for vessels in distress. I’ve seen it through the years, as man has tried to tame the inlet. Today I heard about a fishing vessel stranded on a shoal up there. I don’t know the circumstances, only that it had run aground. 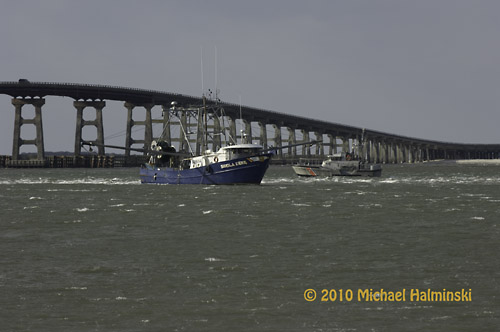 When I arrived on the scene, northwest winds were blowing a gale and temperatures were below freezing. It was bone chilling just to go out on the catwalk to get a better vantage point. The Coast Guard Station at Oregon Inlet stood by with their 47 foot motor lifeboat. 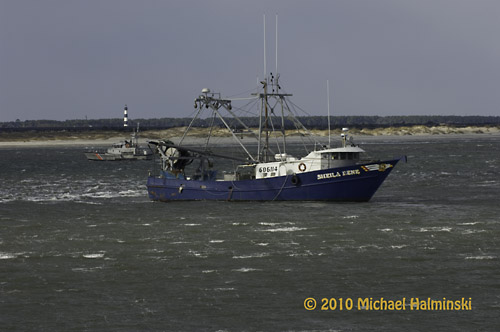 This being just another incident of curiosity on the Outer Banks, I hope no one is injured in this mishap. I also am hopeful that this boat can be saved in tact. Commercial fishermen have a tough enough livelihood as it is, without loosing their boat. 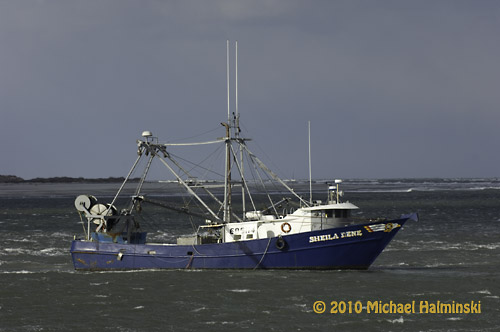 P.S. The “Sheila Rene” was returning to Wanchese with a recent catch of fish, said to be about 10,000 pounds when it ran up on a shoal. The trawler was freed Sunday evening and has been towed back to port.