Last month on the 26th of October, we lost someone that meant so much to so many people. Marilyn Midgett was an important part of our community, and her passing was an unexpected heartbreaking loss. The day after she died, her daughter and son-in-law came to ask if I’d like to pay tribute to her. As I wrote the following for her memorial service, a beautiful rose bloomed on my deck. 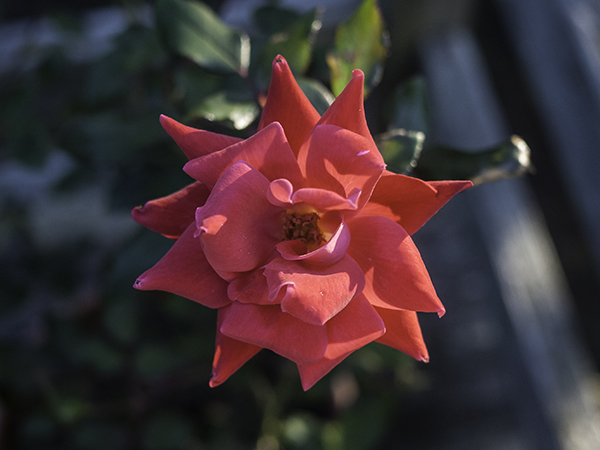 Marilyn was an impressive woman. She was sweet, kind, outgoing and every bit as colorful as her late husband, Mac. She also had the skill to launch one of the most successful businesses on the island.

I remember the first day I met her when my old VW needed some bald tires replaced. In the early 70’s, the only place to do that was the Texaco station near the Rodanthe pier. The garage was a hangout and I was a bit intimidated by the big man inside. Marilyn came out front to help me get 4 new tires installed by Mac. I paid up and was leaving, when she called me back and said she’d forgotten to charge me for the valve stems. She was sharp as a tack and didn’t miss even the smallest details.

Ever since that, she always greeted me with enthusiasm and southern charm. Once you met her, you never forgot her. You always knew when she was in the room. Over the years she hired me for various kinds of jobs relating to art or photography. She insisted that I photograph Martha’s big wedding, and I gladly complied.

Life got tough, loosing Mac and Gary among other things, picking up after a devastating hurricane, but she kept going, being her strong, vibrant self. She was there for us 2 years ago when our friend Robin was on his deathbed. She really cared and I always smiled when I saw her taking walks on the new paved path through town.

Several weeks ago she asked me to frame a beautiful pastel, painted by her grand daughter Claudia. Just weeks ago when I brought the finished product to her, she was so pleased, she gave me another job framing and copying an old vacation photo. As I was leaving, she asked me to load some things in the car for her, to go down and spend the night with her grand daughters. I could tell she was excited at the idea of being with them. She loved her family immensely. That was the last time I saw her.

I will always miss hearing that unmistakable sweet voice.