Over the years I’ve seen restaurants here come and go. Some fail faster than others, and it’s not an easy business to achieve success. It’s about quality, quantity and customer satisfaction, among other things.

One of the most successful restaurants in our town was started at a location where several other restaurants had come and gone. The Rodanthe pier complex had reincarnations of restaurants in the same building with names like Cross Currents, Under Currents, JL Seagull and Down Under. There were others prior whose names have escaped me.

Undoubtedly the most successful was the Down Under, founded by Skip and Sheila Skiperdene. The name was coined by Australian ex-pat surfer Skip, who married Sheila a North Carolinian, and they began the Aussie-themed restaurant. It took a year or so to catch on, but with planning and hospitality it became hugely popular. Most summer evenings had dozens of patrons lined up outside the front door waiting to be seated. This went on for about ten years, when personal circumstances ended the epic run of Down Under circa 1999. 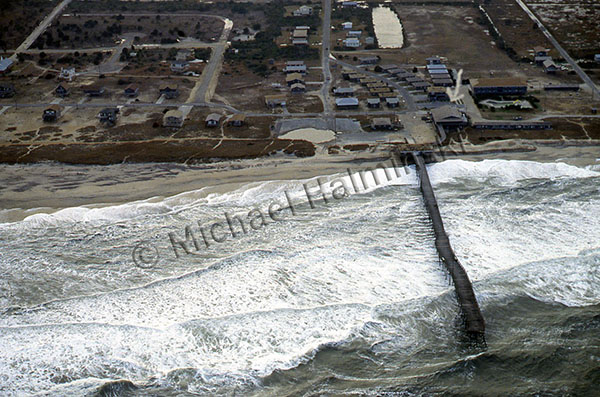 This 1989 aerial photograph shows the pier complex, including the restaurant building under the arrow. The proximity to the ocean made a dramatic venue for diners, but also contributed to it’s demise.

An aspiring restauranteur then bought the trademarked name and stepped in to continue to operate the business. Something however was missing and the restaurant was not quite the same. A few years later, things really went south when Hurricane Isabel pummeled the property. 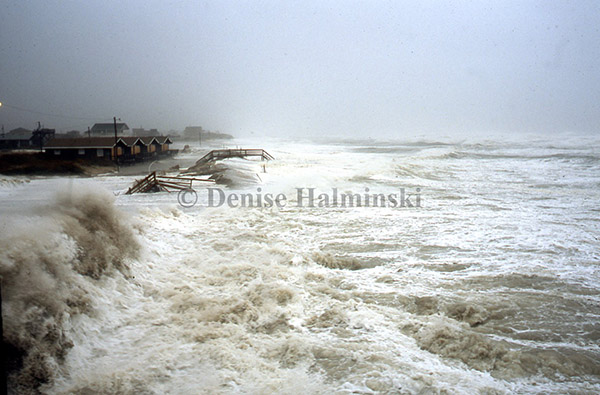 After continuous battering from high seas, storm surge from Hurricane Isabel finally took it out in 2003. This photograph taken by my wife, was probably the last shot ever taken from the upper deck of the restaurant. It was a harrowing experience. 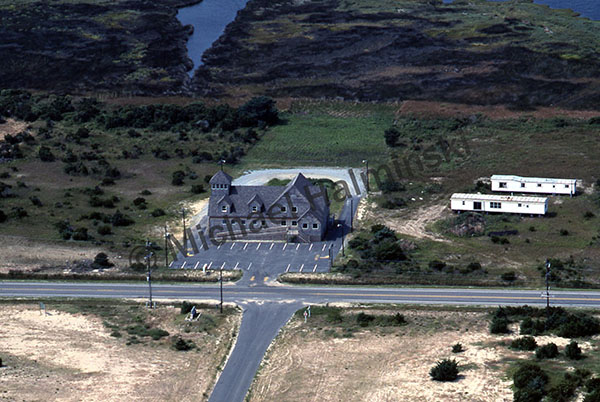 An aerial image shows the newly built Gallery restaurant circa late 1980’s. It featured local art, and a home-grown herb garden. The Gallery made national news when a man died from eating bad tuna there, ending that venture. 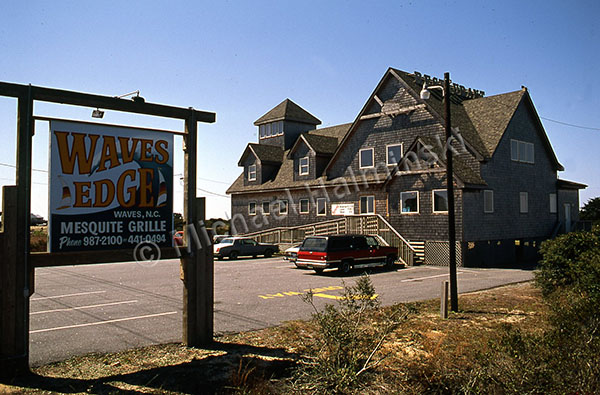 The Gallery was sold to a new owner and renamed Waves Edge. They employed local chefs preparing great meals. This 1991 photo was taken during their hey-day. It was popular with locals and visitors alike. That lasted until personal issues forced another sale, this time it was changed to Blue Water Grill, featuring an upstairs wine bar.

The new Down Under owner wanting to sustain the business, bought the building in Waves that had previous lives as The Gallery, Waves Edge, and Blue Water Grill.

The new Down Under struggled for several years and eventually landed in foreclosure. It sat vacant and unmaintained a few years until it was bought by an adjacent property owner then demolished on June 27, 2017. 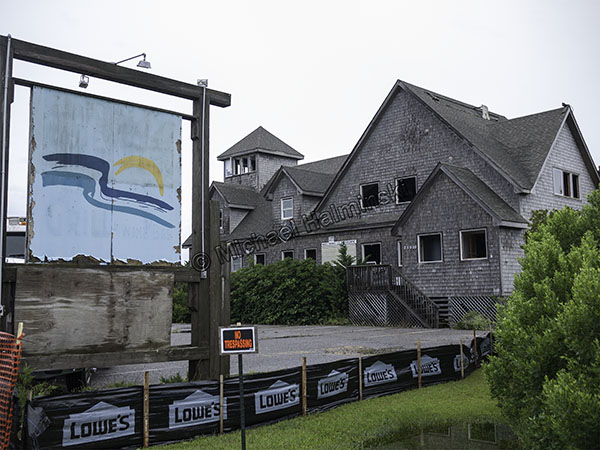 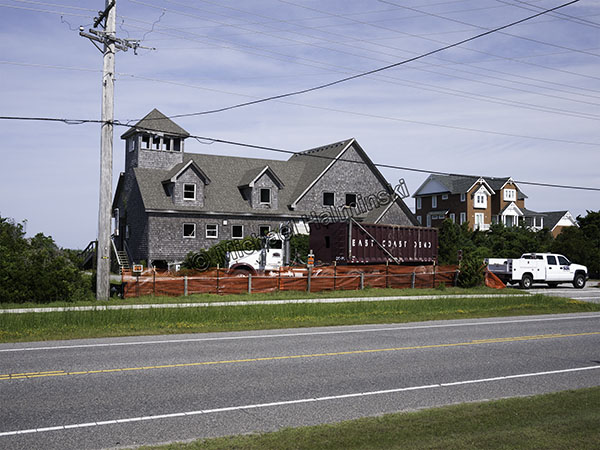 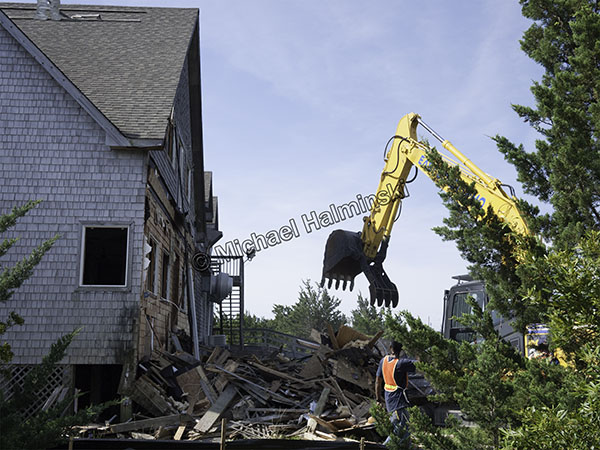 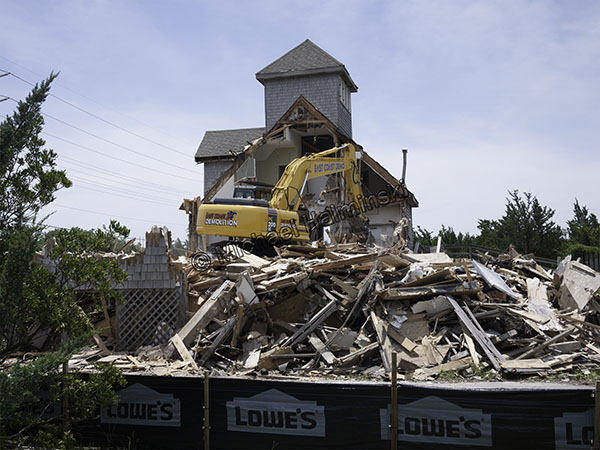 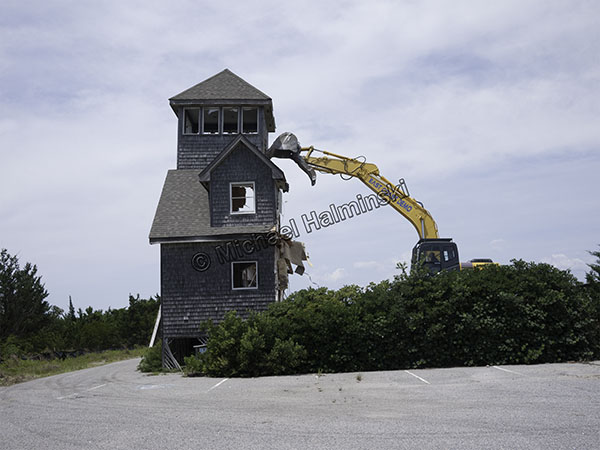 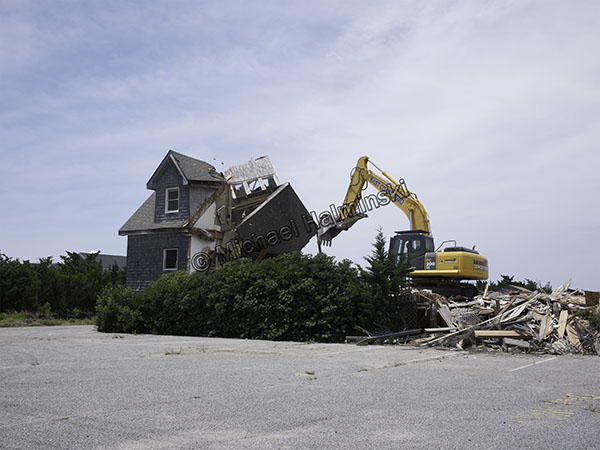 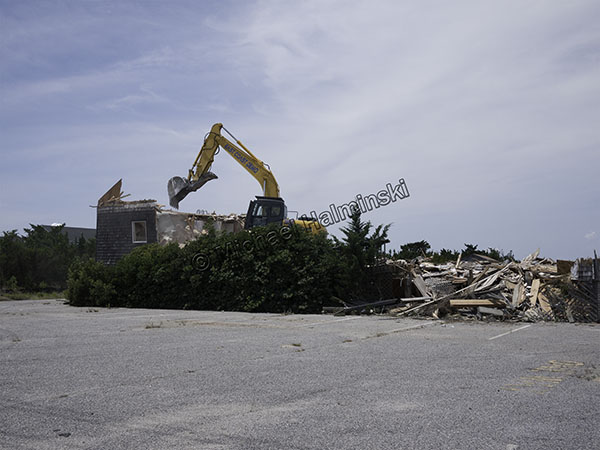 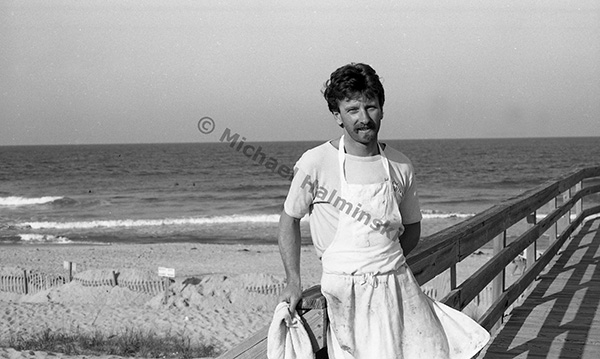 Down Under is history. And it all began with Skip.