Recently I read how George Bush, as a young Navy pilot, would see the Hatteras lighthouse from the air during flight school training out of Norfolk.

It made me recall our forty-first president returning years later as a visitor in 1997, then in 1998 for the rededication of the Wright Brothers Monument.

In the Fall of 97 I had a chance to meet him fishing at Harkers Island. The Core Sound is a fisherman’s paradise and President Bush arranged to go with Sam Sellars, a guide who would take him fly fishing for false albacore. 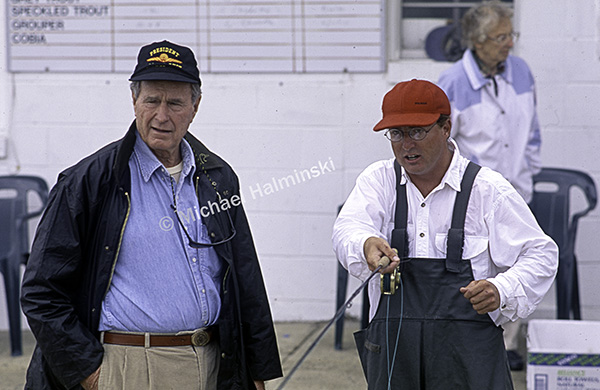 Before getting underway, Sam demonstrated some new tackle for the former president. 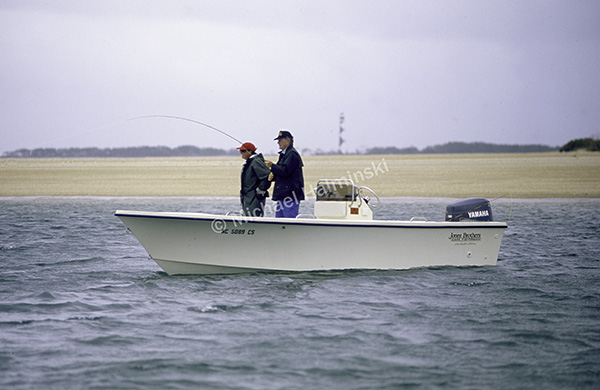 After an hour of tedious casting, the president finally hooked up near the Cape Lookout Lighthouse. 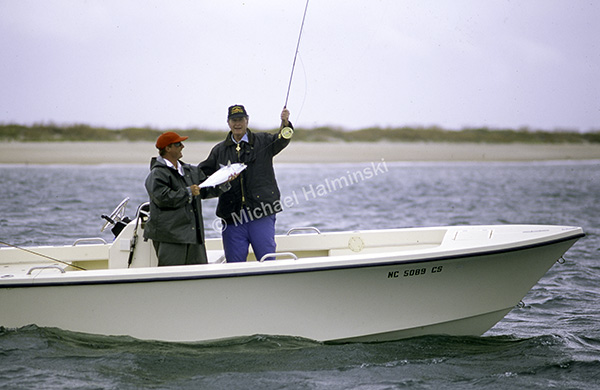 Of course, Sam and the president were elated when he boated a nice one, and released it. 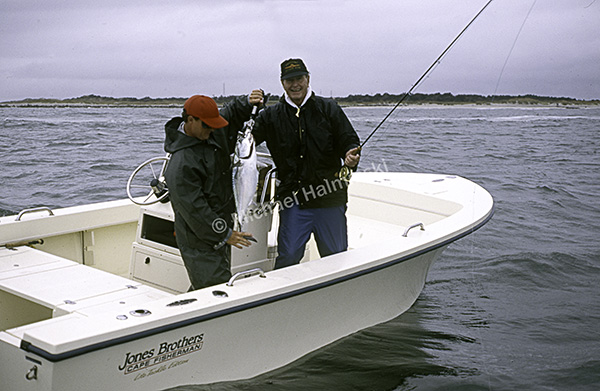 The weather deteriorated with some passing rain squalls, but the president still managed to pull in a few more. At one point he noticed a styrofoam cup floating by and directed Sam toward it. President Bush then leaned over and plucked it from the water. That little gesture really impressed me. 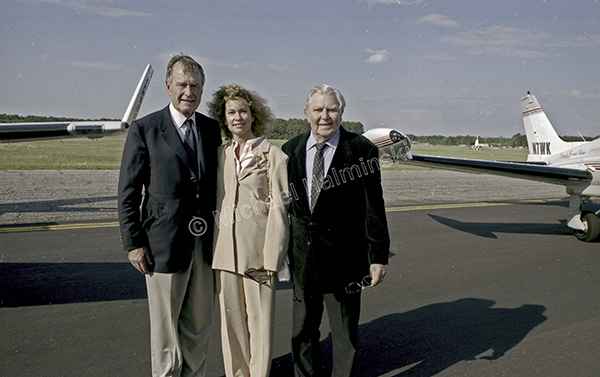 The following May, President Bush flew in to Manteo Airport and was greeted by local resident Andy Griffith and his wife Cindy. I was given the responsibility to take pictures for the First Flight Commision, and rode with them to the Wright Brothers Monument for the rededication ceremony. 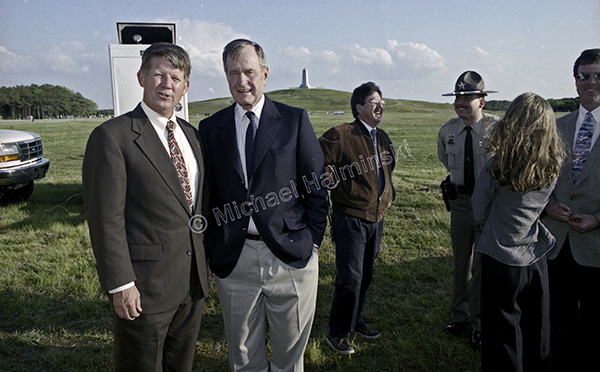 There were other dignitaries present, including our State Senator Marc Basnight. 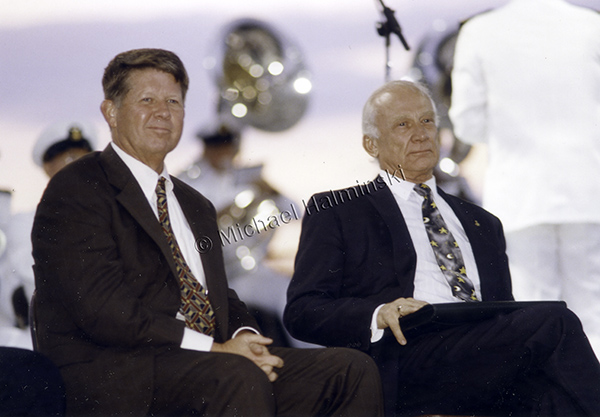 Senator Basnight and astronaut Buzz Aldrin were seated together on stage as speakers addressed a large audience. 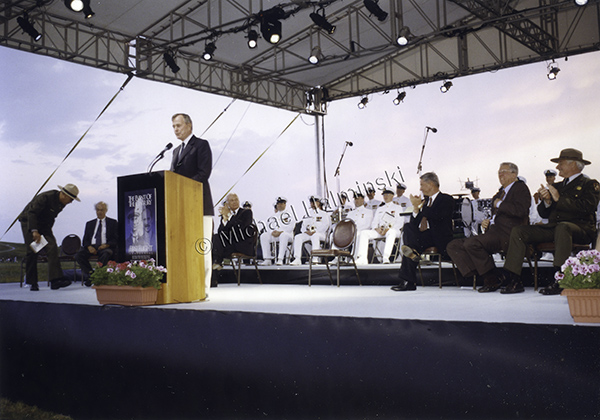 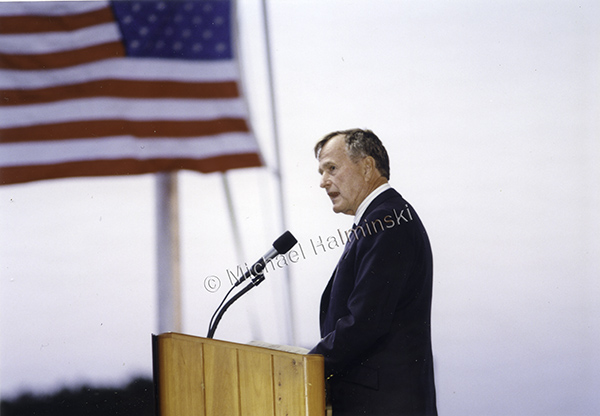 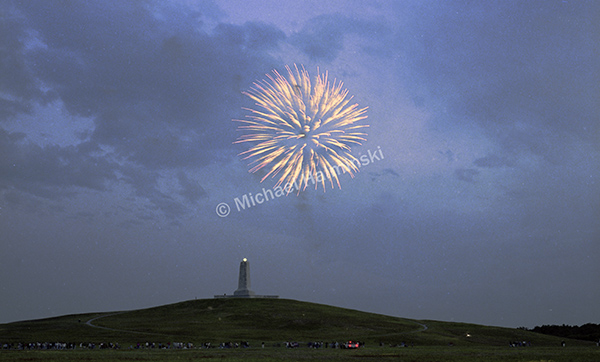 The event culminated with relighting the beacon atop the monument and a spectacular fireworks display. It was the first time the beacon was shown bright since being cut off during the Second World War.