On the first of this month, Denise and I were in the DC area for the interment of her father at Arlington National Cemetery. He was a 30 year veteran of the US Army Reserve, active overseas during the Korean conflict, and was extremely proud to serve his country. He retired as Colonel.

It was an overcast day when we encountered a regiment awaiting our arrival at the top of a hill. 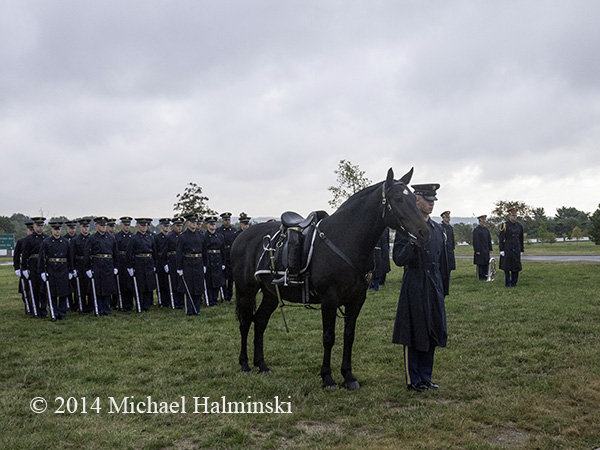 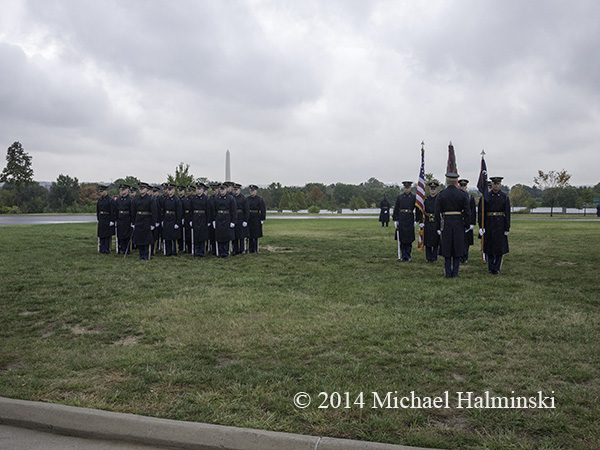 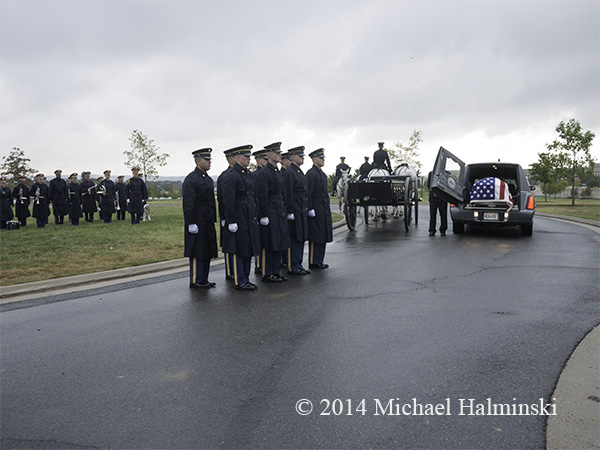 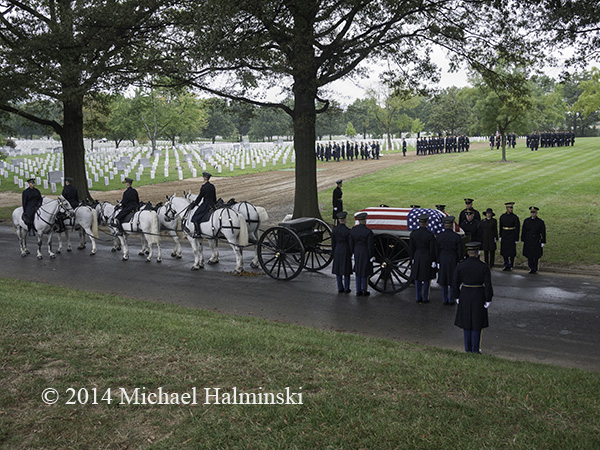 The emotion of this reception was indescribable. It evoked a mix of feelings as the caisson was drawn to the burial plot. This is a dignified resting place for over 400,000 service members, and the cemetery conducts up to 30 burials every weekday. 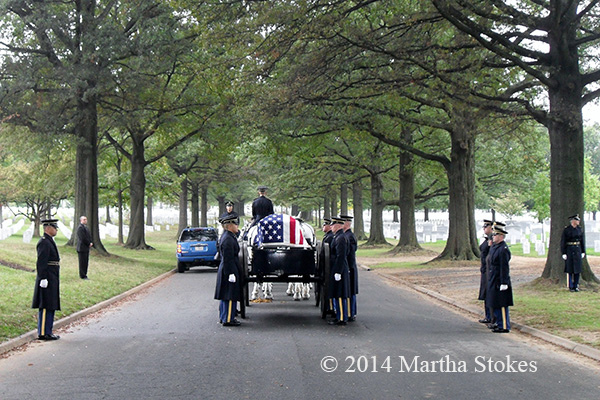 My sister-in-law made this powerful photograph of her father’s caisson beneath a beautiful canopy of green. 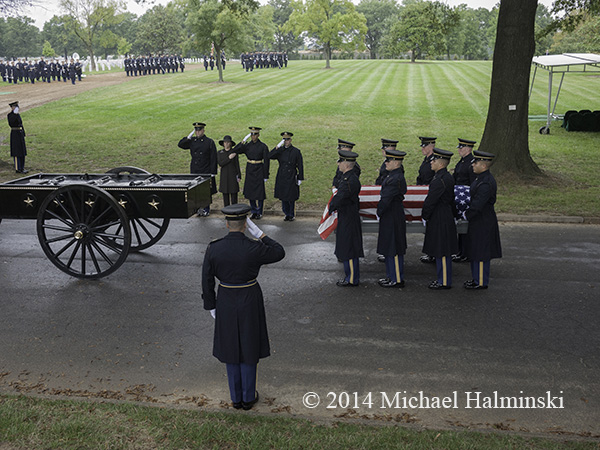 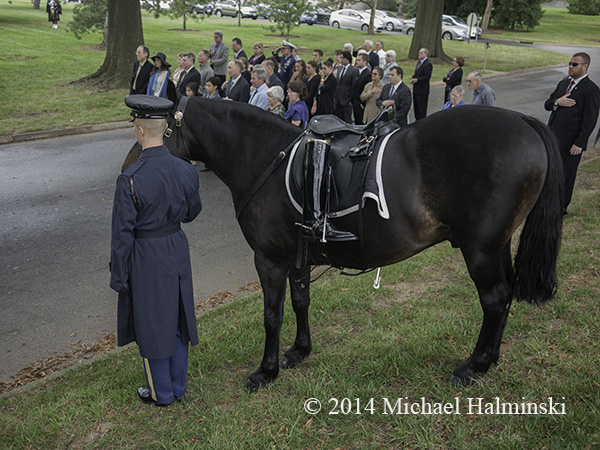 The riderless horse reminded me of “Black Jack” the caparisoned horse that I saw at President Kennedy’s funeral. By tradition in military funerals, this horse follows the casket of an officer who was a colonel or above. The empty boots facing backward in the stirrups represent that the individual will ride no more. They also suggest the deceased taking one last look back at his family and troops that he commanded. 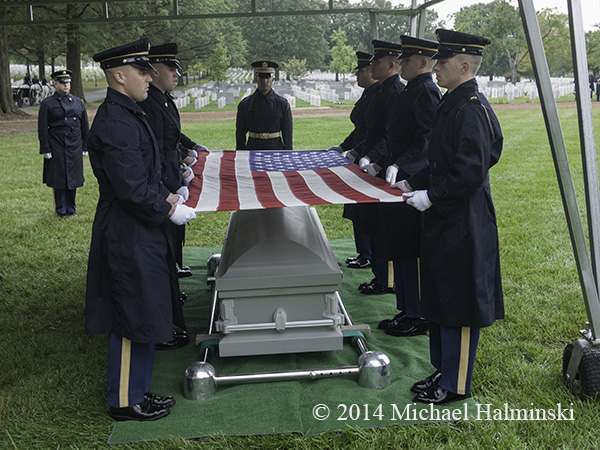 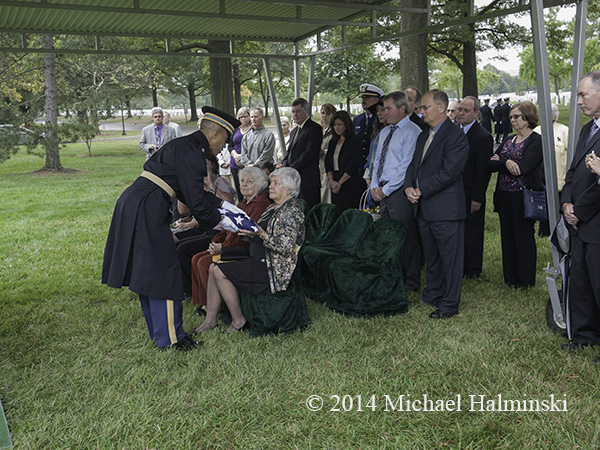 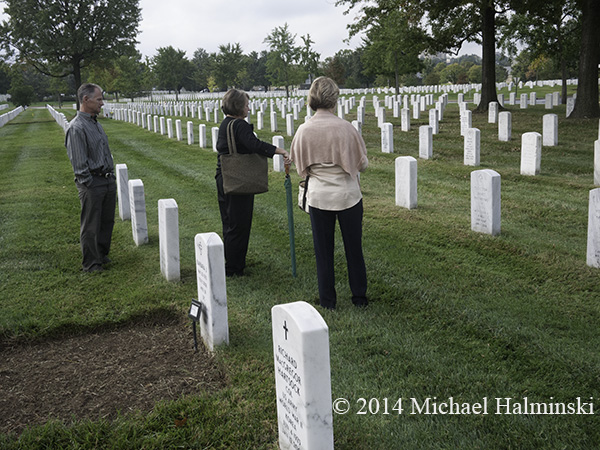 This wasn’t my first experience at Arlington National Cemetery. It gave me, a brother, and two sisters a chance to visit the grave of our father, interred in 2001. 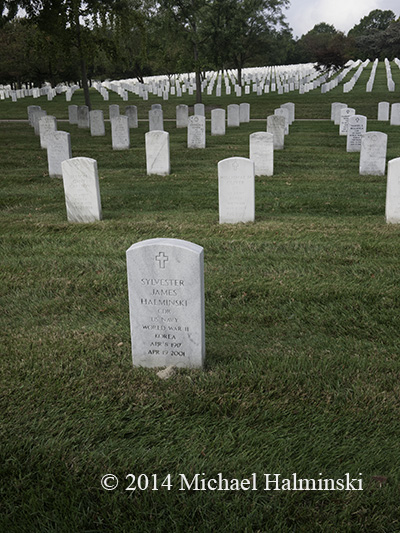 His resting place is within a hundred yards of Dick Murray. As a tribute, Denise placed some beach sand at the base of the headstone.