With technological advances, weather forecasting has become better and better, but it’s still an inexact science. Nothing could teach that much more than Hurricane Matthew. Watching the weather radar and getting updates, tropical cyclones almost become living organisms. They are complex, and influenced by multiple meteorological mechanisms.

I’ve learned to take forecasting with some reservation, because most storm track predictions change over time as different atmospheric conditions interact. Here at home, I began monitoring Matthew as it became a hurricane on September 29th.

When Cape Hatteras was in the cone of possibility, I thought of boarding my windows, but overnight the forecast changed heading it out to sea, well to our south, even circling back toward Florida. Matthew defied that forecast, deviated somewhat, but continued its northward march along the coast. Still predicted to turn seaward, it headed northeast toward Cape Hatteras, and I was hoping it wouldn’t go up the Pamlico Sound, like Irene. Despite the warnings, our Dare County Control Group decided not to call for an evacuation of tourists or residents, and it turned out to be a bad decision.

Waiting for the turn that didn’t come, I went to bed Saturday night with a lowering barometric reading of 994 millibars. Onshore gale force winds blew that night with a little rain. Morning became more calm until about 5 AM, when we were awakened with an abrupt change of wind direction from the north and gusts near 90.

Matthew, despite predictions to be a tropical storm was still a hefty category one hurricane as it caromed off the Cape and out into the open Atlantic. By the time I checked the barometer again it was daylight and read 986 millibars. The wind gradually subsided throughout the day.

It was a close call for residents of Waves. Most everyone underestimated what this storm would do, and it could have been a lot worse for us. Our neighbors in Hatteras and Ocracoke were not so lucky. 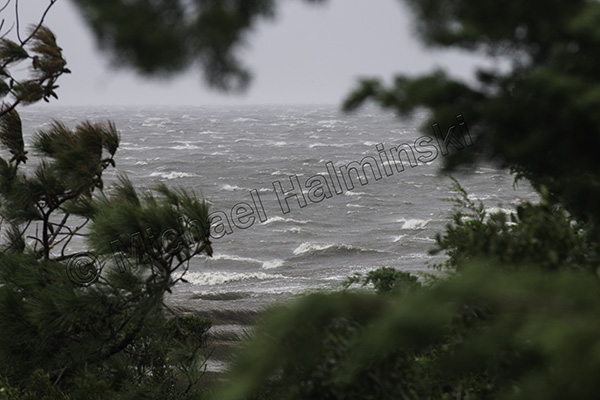 Even at 11 that morning, the Pamlico Sound was still pretty rough. 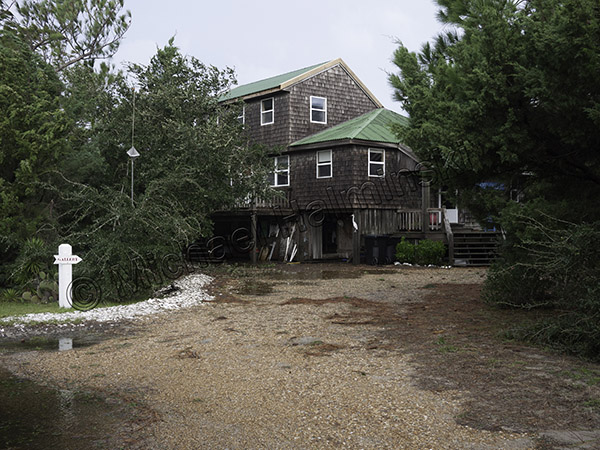 I designed my house to shed gales from the north, so it fared well. There was  some standing rain water, a few broken branches and that’s it. 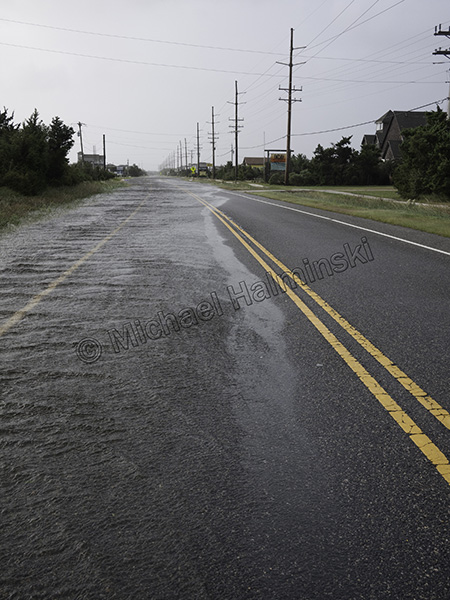 The tide rose just enough to overflow the ditches and spill over on to the highway. 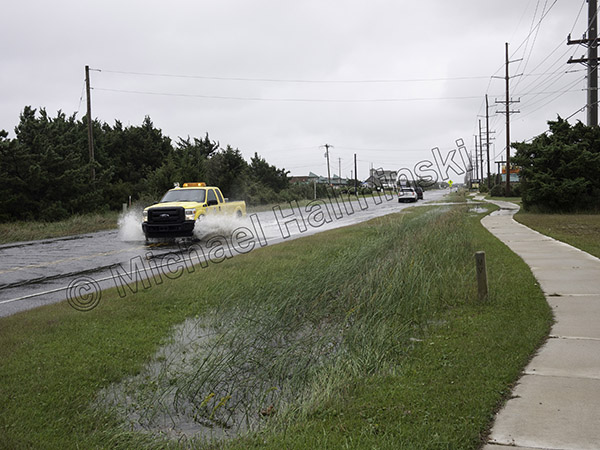 Workers from NCDOT are always on the scene quickly, salt water or not. 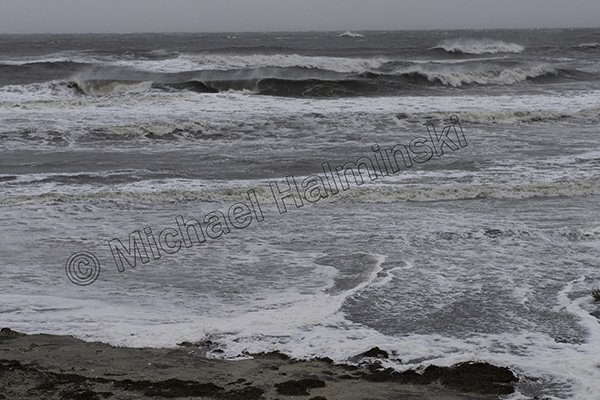 The ocean was not as much a problem as was the Pamlico Sound. 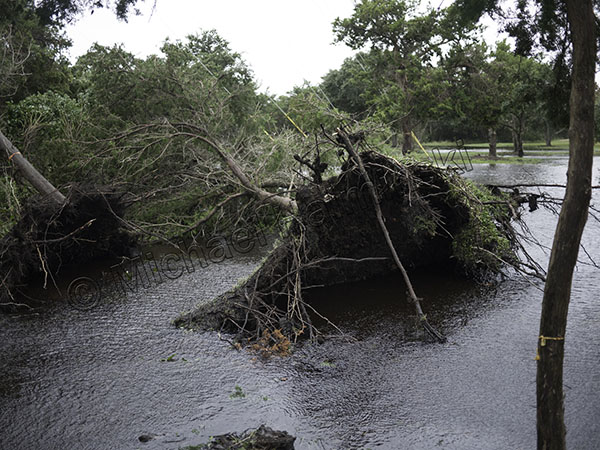 The main damage was with uprooted trees…. 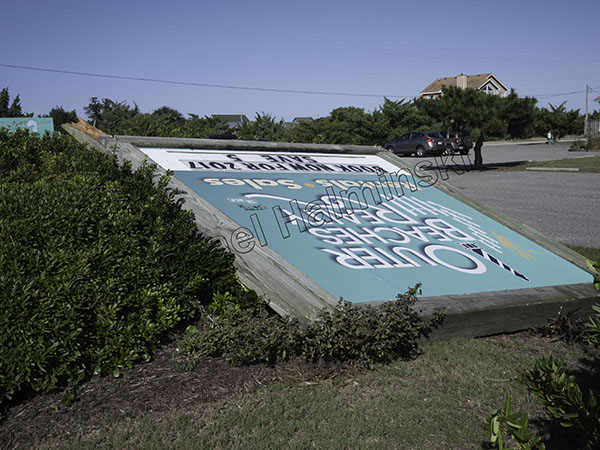 …. and broken, blown over signs. 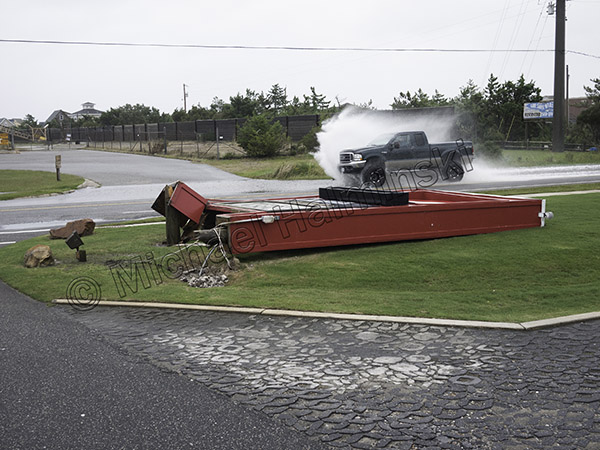 The biggest signs went down the hardest. 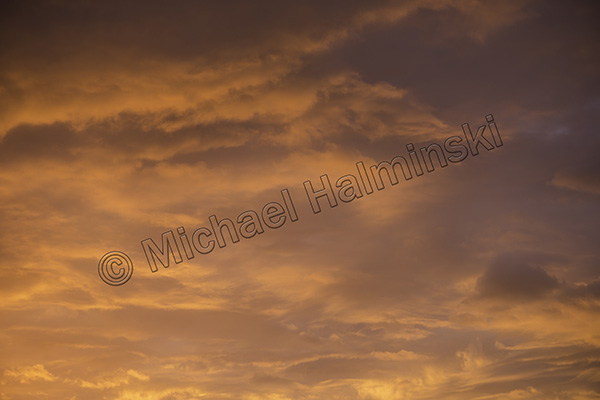 The day ended better than it began, with a sailors’ red sky delight.