It’s hard to describe the feeling of having a hurricane, one of the most powerful forces in nature, spinning your way. Being affected numerous times, I can say that it doesn’t get any easier, and my sense of time becomes warped.  It’s nerve wracking, physically exhausting and roulette all rolled into one. Preparation is essential, and I often wonder how the old timers did it before advanced meteorological science. With Dorian we had a few days notice to secure property, evacuate or hunker down. 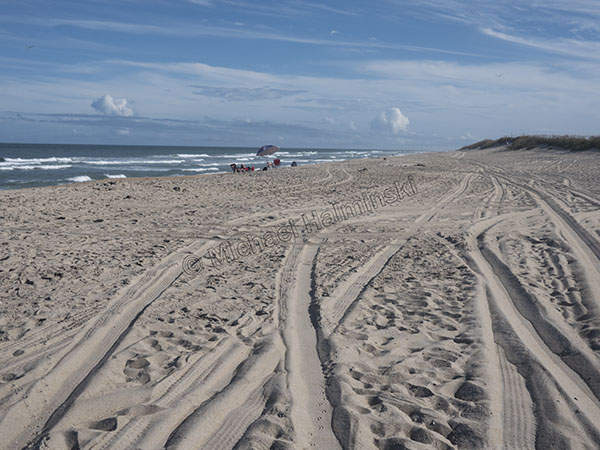 The beach that would normally be enjoyed by throngs of visitors was nearly empty after the evacuation order. 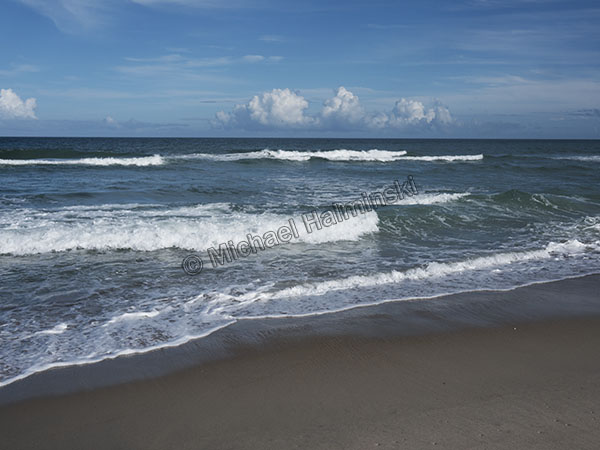 You’d be hard pressed to find a more idyllic tropical shore, yet two days later, Dorian would be passing through. 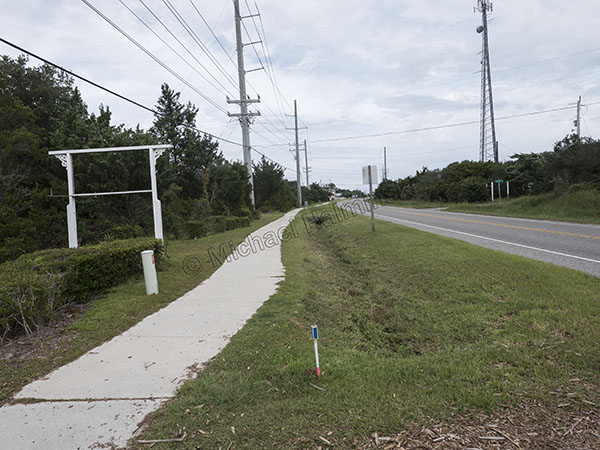 After I took my gallery sign down, the streets became deserted and rendered a surreal feeling. 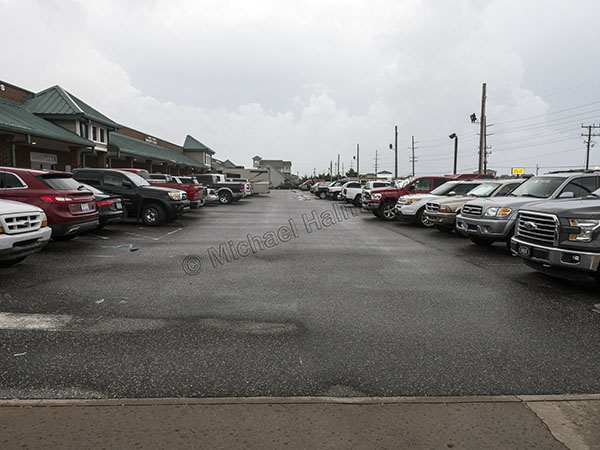 Those choosing to ride it out use every spot of high ground in an effort to save their vehicles. Elevated parking spaces are limited and highly sought. 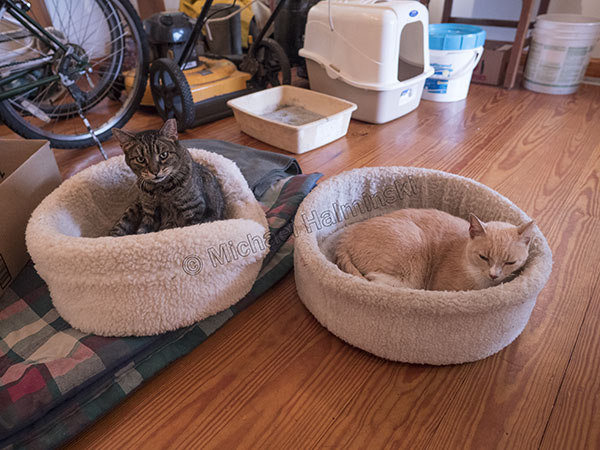 Six years ago we adopted two stray cats, and they had already been through three hurricanes. Now this one. We set them up in my gallery where a number of other items had to be stowed. 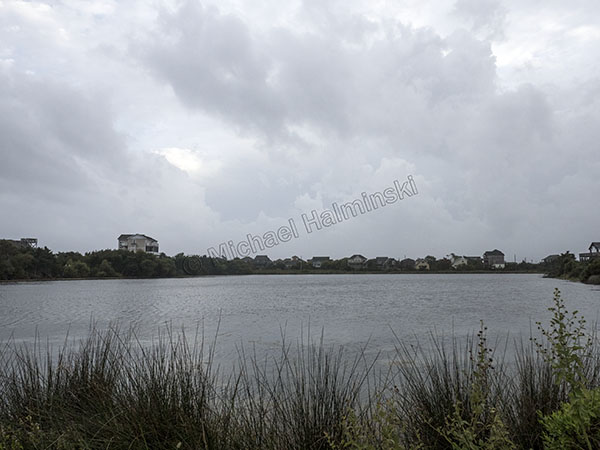 I made one last pass around town contemplating the event that was bearing down on us. 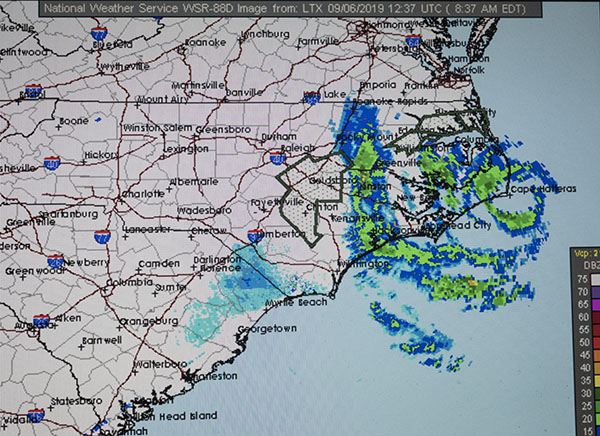 Early Friday morning, Dorian made landfall on Hatteras and before the power went out I made a screen shot of the eye over Cape Point. My barometer, some twenty miles north of the eye wall, dipped to 966 millibars. It was a relief for us, but not for those on Ocracoke and the southern villages of Hatteras Island. 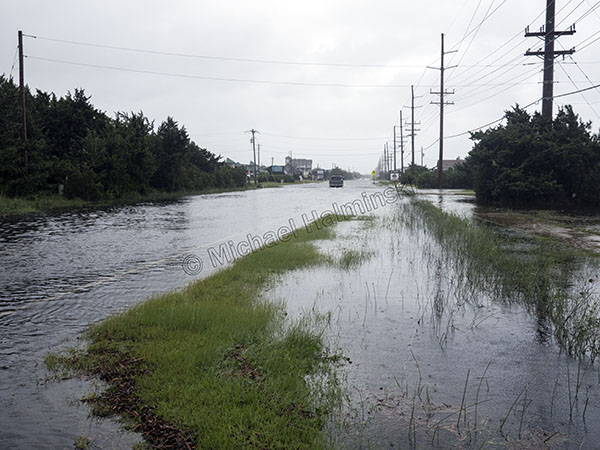 After Dorian hit the point and sped offshore, the wind shifted from the northwest and blew the hardest with gusts of about 85 miles an hour. The tide rose from Pamlico Sound and resulted in a foot or two of seawater on the main road. 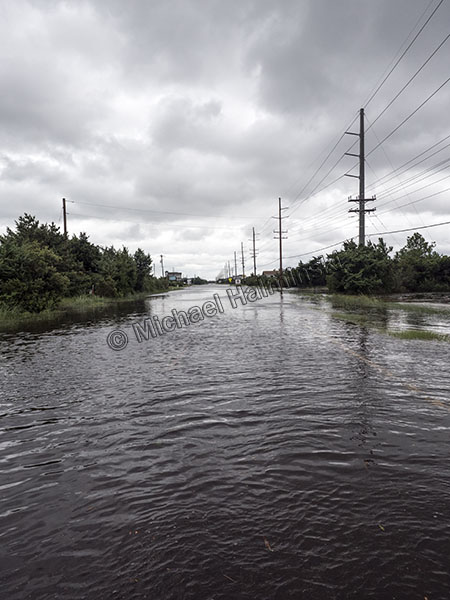 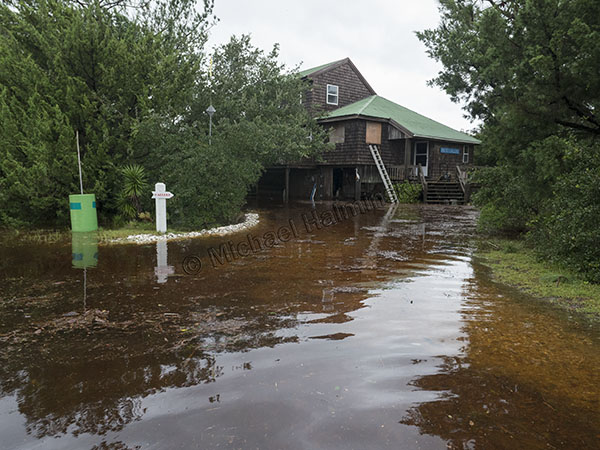 My house withstood another onslaught and I could hardly wait to remove the plywood from the windows. 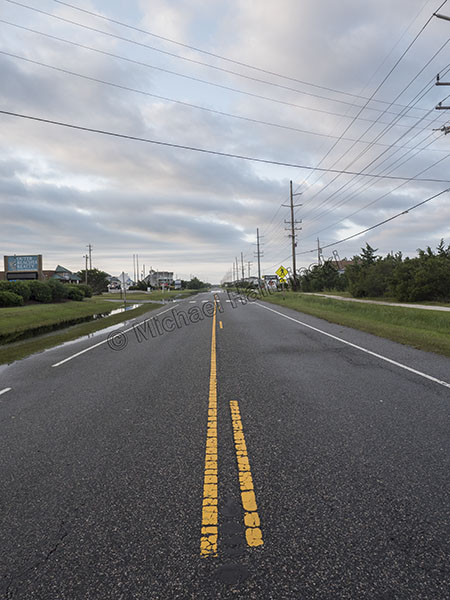 As the water subsided, I realized we had escaped the wrath of Dorian, but those on Ocracoke and lower Hatteras Island will be picking up the pieces for quite a while.