Back in the seventies shark fishing was relatively popular, but as time went on there was less and less of it. One thing for certain was that you could walk out on the Rodanthe pier and count on seeing some friends. They were usually fishing for king mackerel, cobia or red drum. Throw in an occasional Budweiser and everyone was happy. 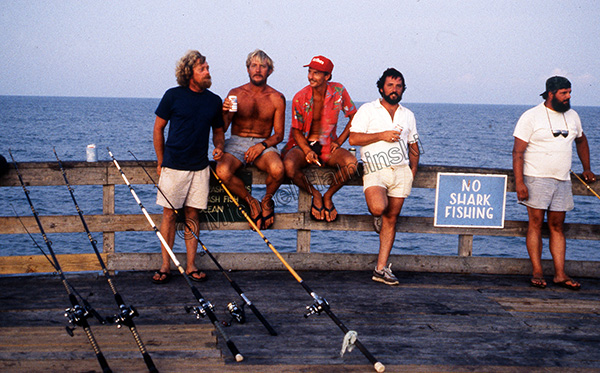 The  steamy Summer day I snapped this picture in 1987 was no exception. Russell Warren on the left  was in good company with a shirtless CE Midgett. The other three guys I recognize, but don’t recall their names.

Even to this day, Russell can still be found at the end of the pier.