Cape Hatteras is well known for it’s proximity with the offshore waters known as the Graveyard of the Atlantic. Over the centuries there have been numerous documented shipwrecks and loss of life. Most of these have been weather related incidents, but some were a result of German U-Boat activity off our coast during both world wars.

One of the most notable was the daring rescue of 42 British sailors by personel from Chicamacomico Coast Guard Station in Rodanthe. On August 16, 1918, the tanker Mirlo, carrying a load of fuel for the war effort in Europe, was struck several miles offshore by a torpedo fired by the U-117. The explosion split the tanker in two, setting the sea aflame.

Hair-raising details of the event can be found at www.Chicamacomico.org

The Mirlo Rescue was led by Captain John Allen Midgett, the officer in charge at Chicamacomico. He was accompanied by 5 surfmen: Zion Midgett, Arthur Midgett, Prochorus O’Neal, Clarence Midgett and Leroy Midgett. They were all awarded Gold Lifesaving medals from the British Government and the American Grand Cross of Honor. It has gone down as one of the most heroic rescues in the history of the United States Coast Guard.

As a former president and board member of Chicamacomico Historical Association, I attended the recent centennial commemoration of the Mirlo Rescue. 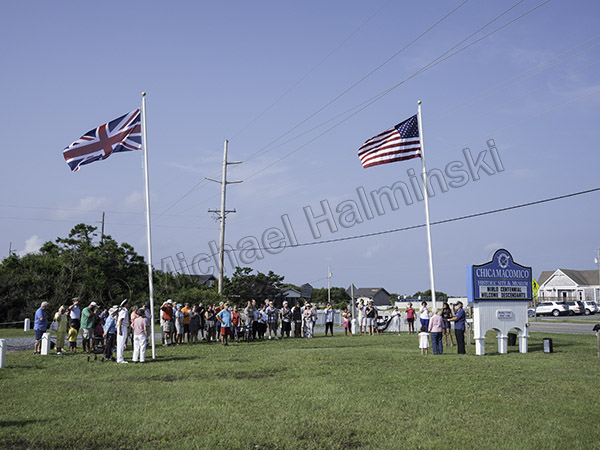 The day began with the raising of colors of Britain and the United States. 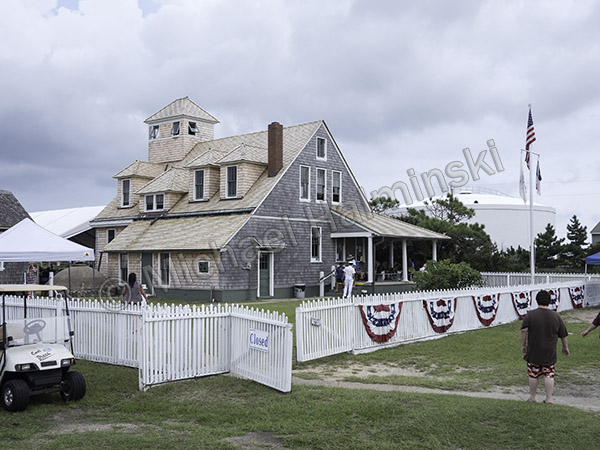 Chicamacomico Station was all decked out. 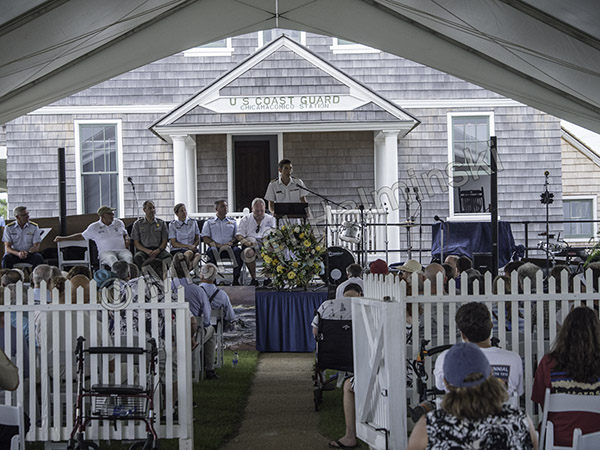 Dignitaries representing the British Government, U.S.  Coast Guard and descendants of the rescuers and were on hand to pay their respects. 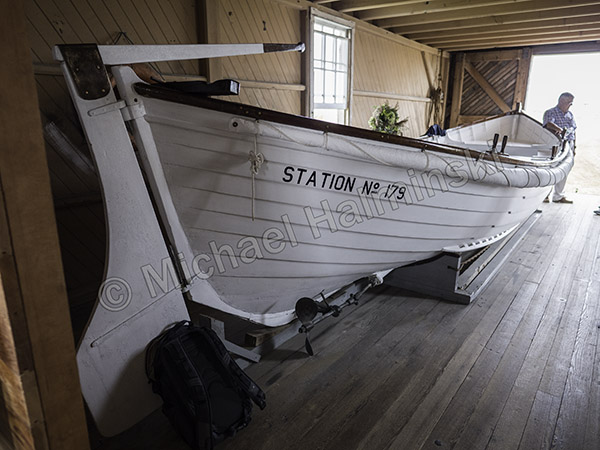 The newly restored Bebe-McClelland Surfboat used in the rescue was on display in the original 1874 station. 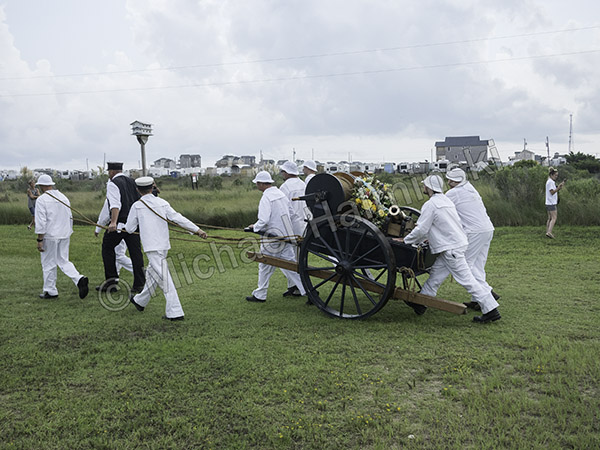 The event was culminated, as reenactment surfmen carried a wreath on the beach cart out toward the ocean.  At the same time the U.S. Coast Guard out of Elizabeth City Air Station conducted a flyover. 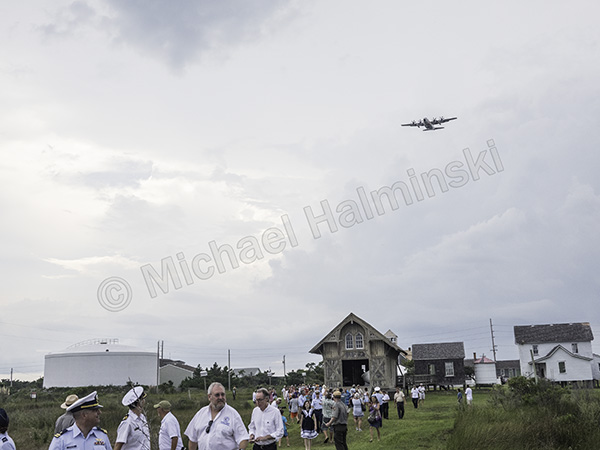 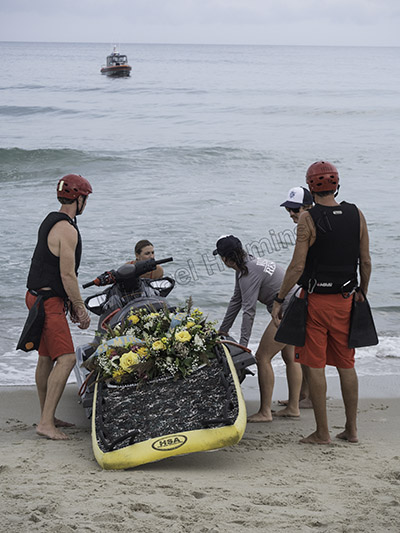 The wreath was then transferred to the Chicamacomico Water Rescue Team’s jet ski, and handed over to an awaiting Coast Guard vessel. 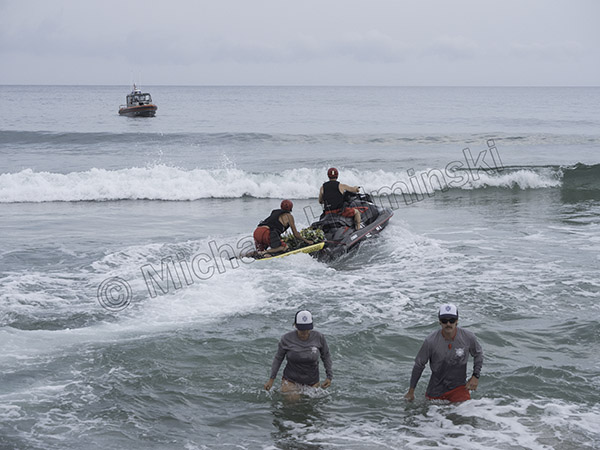 The Coast Guard then committed the commemorative wreath to the sea, miles offshore at the site of the famous Mirlo Rescue, a hundred years to the day. 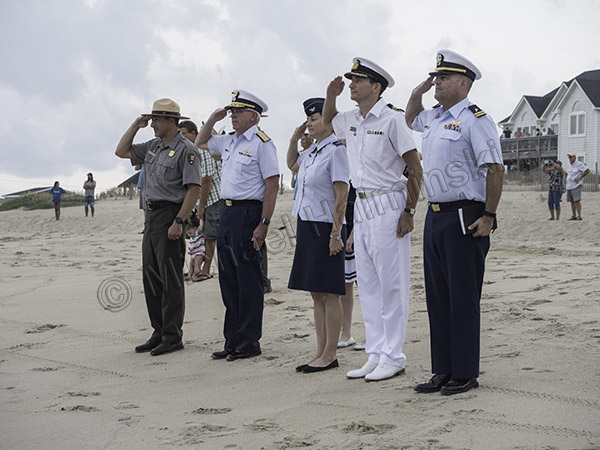 This time of year local figs are ripening. They have long been a staple on the Outer Banks. Nearly all the old family homesteads have a fig tree or two growing in the yard. When the  US Lifesaving Stations were active, they almost always had a fig tree nearby. Sandy well-drained soil helps and they seem to thrive come hell or even high water. Originating in the middle eastern countries and Asia, figs must have been introduced here from early sailing ships. 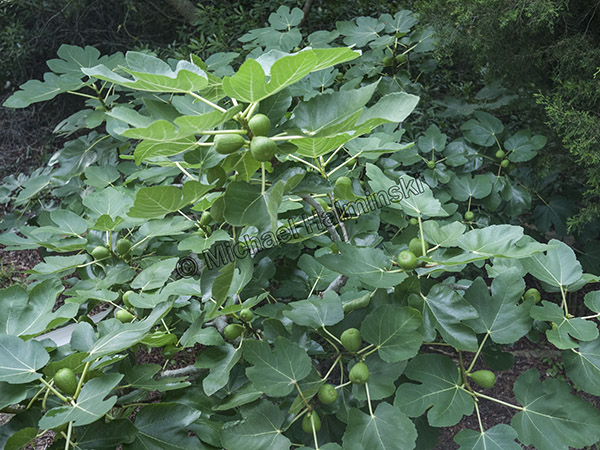 The tree I planted in my yard 30 years ago is having a productive season. 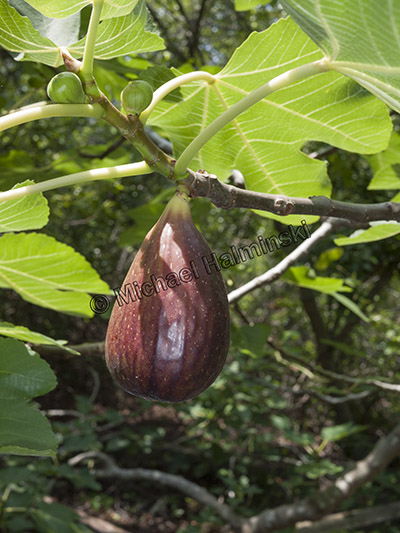 A big ripe one is ready to pick, while new ones form. 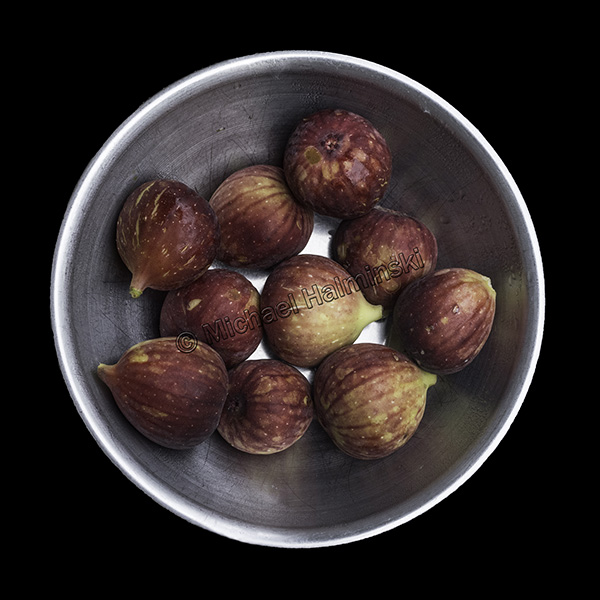 I picked a bowl 2 days ago. 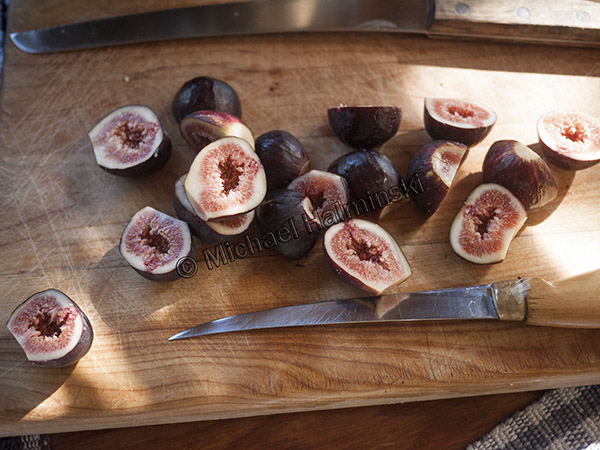 They’re best eaten soon after harvest. I love them raw or cooked stuffed in a baked chicken.

In August of 2015 I attended Ocracoke’s celebration of the Second Annual Fig Festival. Ocracoke is gifted with a wide variety of fig trees and islanders have nurtured them for generations. The festival ran for 2 days and featured presentations, entertainment and most of all, figs and fig related goodies. 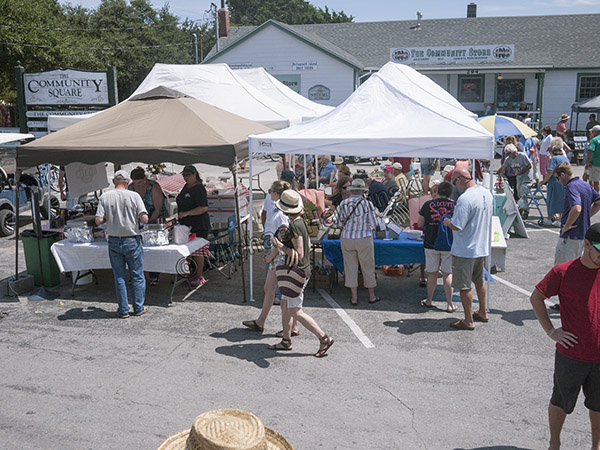 A main event took place in the Community Square 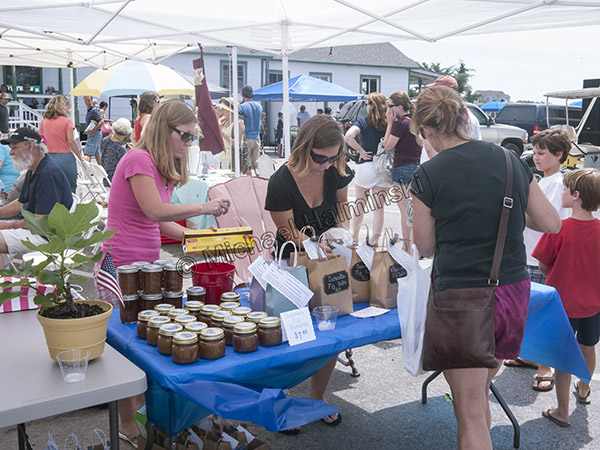 Vendors were there with homemade preserves and potted plants. 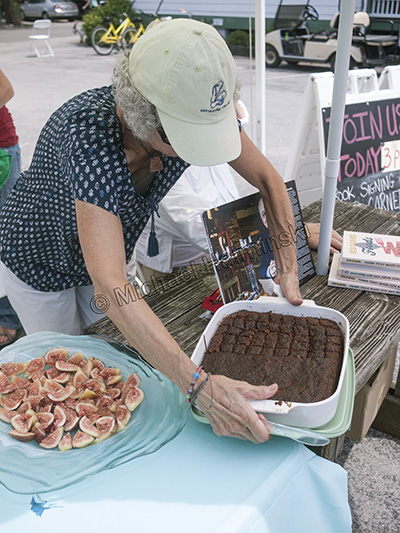 Locally made fig cake was a delectable favorite, not to mention samples of freshly picked figs. 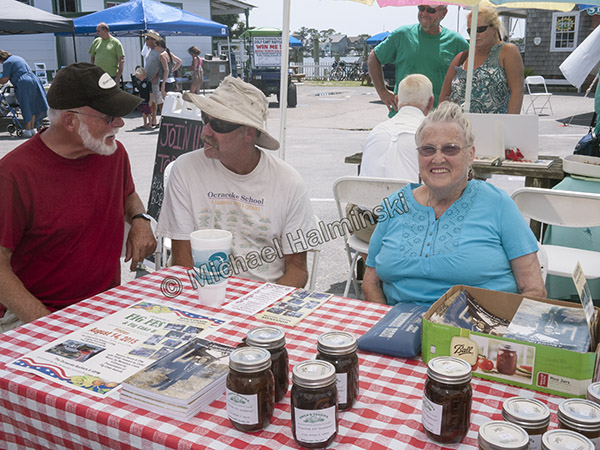 In 2015 I met Della Gaskill and bought some of her homemade preserves and a signed copy of her book, A Blessed Life, Growing Up on Ocracoke. To her right, son Monroe shared fig stories with Phillip Howard. 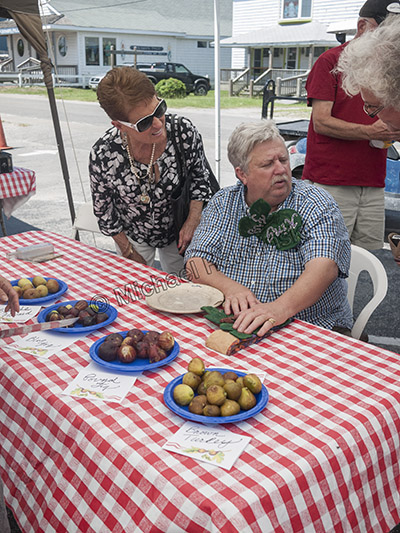 Go if you can!