One of my most memorable impressions upon moving to Hatteras Island was to see locals earning their living as commercial fishermen. I had never seen anything like it before, and harvesting a bounty from the sea seemed a miracle. In the northern villages where I lived, the focal point of fishing activity was at the harbor in Rodanthe, known as “the creek”.

I used to hang out at the fish houses where the boats came in to pack out their daily catch. It amazed me to see them returning with hundreds of pounds of bluefish, trout, croakers and a myriad of other species.

When the longhaul rigs came in, they had catches in thousands of pounds. Longhauling, also referred to as longnetting, is a haul seine technique utilizing a huge length of net, sometimes a mile long. A longnet rig consists of three boats, two engine powered boats and a net skiff. At times, there would be four or five rigs working out of Rodanthe at the same time. 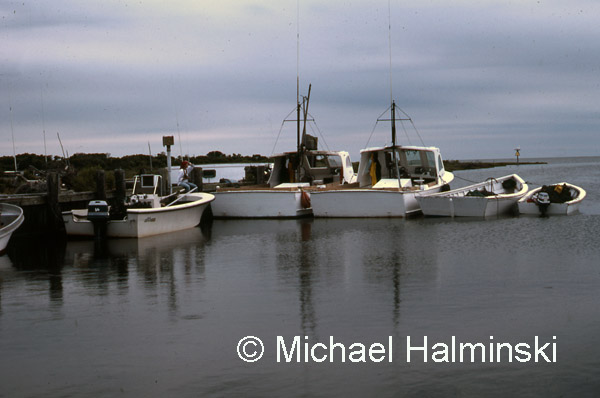 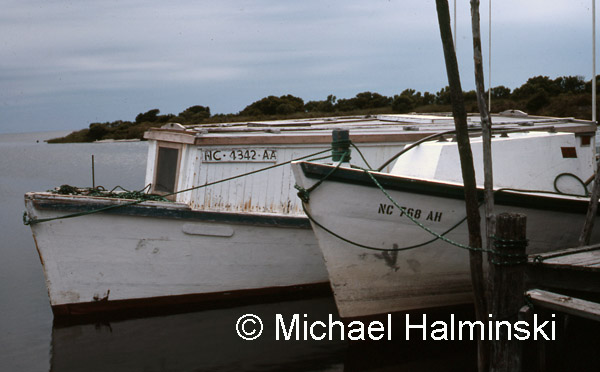 Two boats from a crew that came down from Colington, 1982. 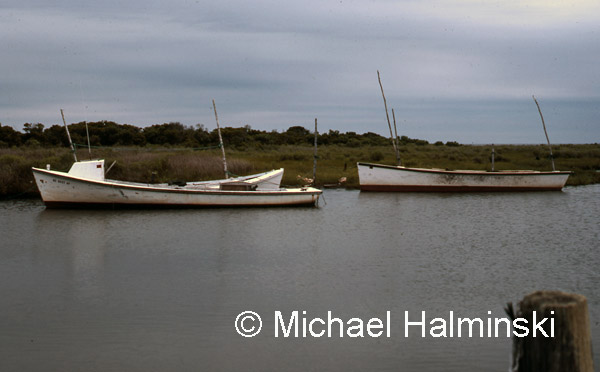 Note the beautiful upward sheer line of the shad boat on the left, 1982. 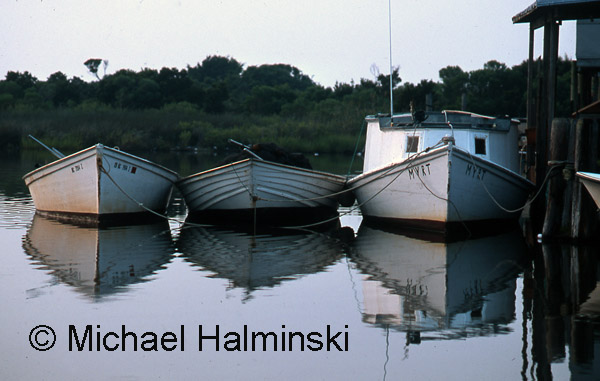 Another rig from Colington, photographed in 1990. 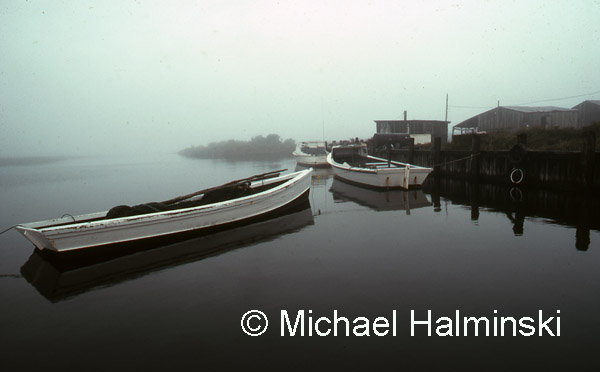 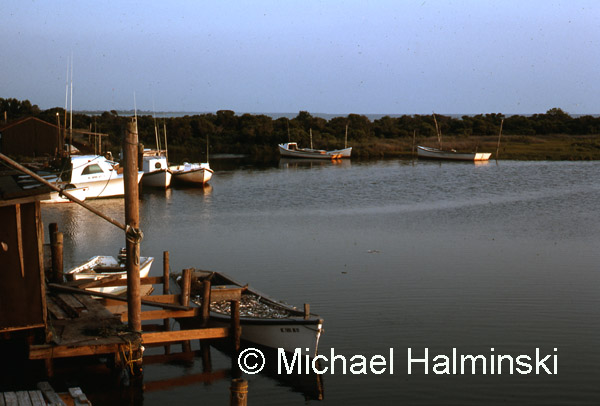 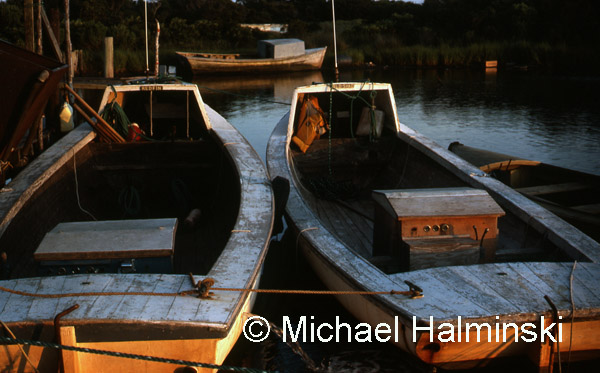 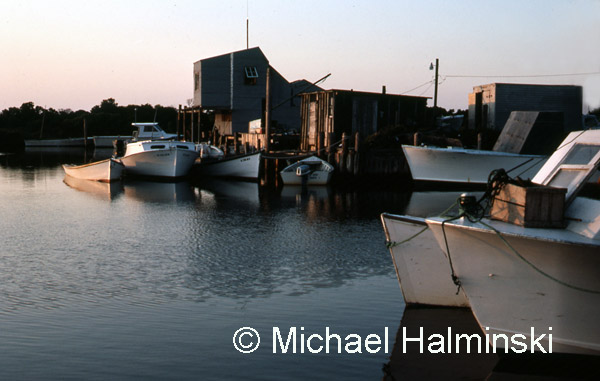 The Gray Boys rig from Avon, tied up at the fish house across the harbor, 1982.