Soul surfers ride waves for the sheer pleasure and experience, not to prove themselves through contests or competition. It doesn’t matter if someone has an ability better or worse. It really all comes down to one person, one wave and the interaction between the two.

One of my best friends in life has been Robin Gerald. We arrived on Hatteras in the early 70’s, exclusively to surf. Others came and went, but we have remained to this day. In the process we found ourselves a way to earn our livings that would permit us to drop everything when the waves got good. In our heyday, if the surf came up, one of us would know and alert the other. For years, it was sort of an unwritten pact of loyalty. 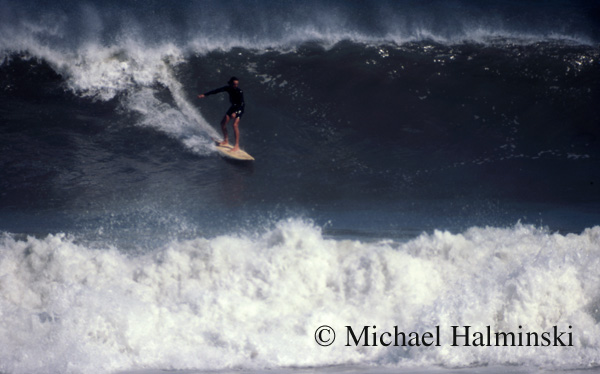 Robin is shown here dropping into an overhead wall at the old S-Curve site, October of 1976. 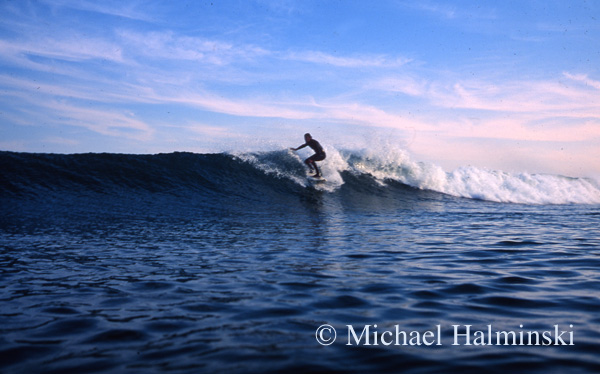 This 1998 photo shows Robin on a nice fun wave on the north side of the fishing pier at Rodanthe. 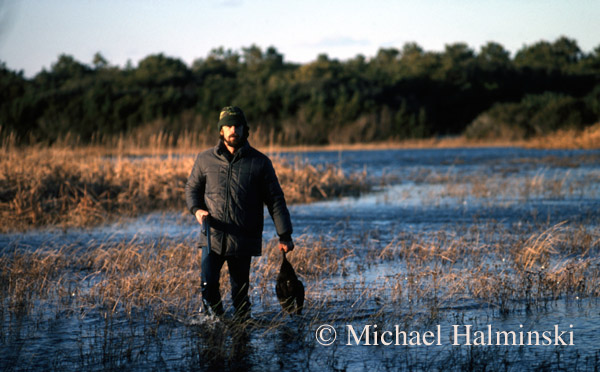 Robin was very adept at waterfowl hunting. He would often provide friends with hearty meals of fish or fowl or both. He was affectionately known as Marshman. Here in 1987, he retrieves a nice black duck from a fresh water pond in Buxton.

Another friend of mine was Ed Corley. He already lived on Hatteras when I arrived, and was an outsider, turned local. A short time later, he was involved in a horrible truck accident that landed him in a coma for 2 weeks. His recovery was slow, but he eventually gained most of his former self back. Ed and I bought 2 of the original Boogie Board kits and did a lot of body boarding together. It was good therapy for him in his recovery. 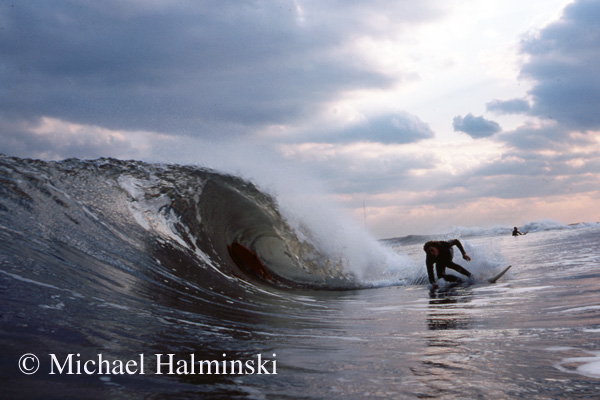 This photo of Ed was taken in the Fall of 1974 during a swell breaking near the ruins of the original Cape Hatteras Lighthouse in Buxton. 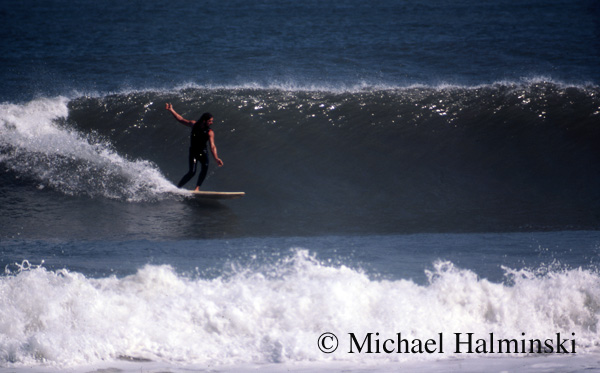 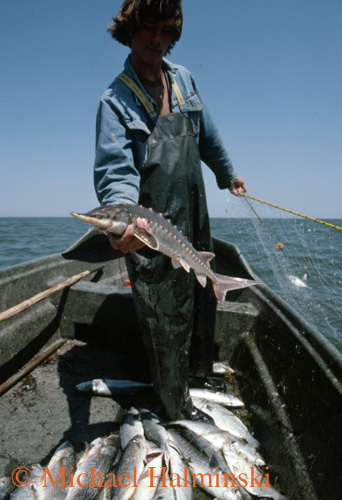 Ed chose commercial fishing as a way of life. Like many of the locals that fished for a living, he did it more because he loved it, than the financial rewards. This is a shot I made in 1977 when Ed, holding a sturgeon, was gillnetting in Pamlico Sound. He later went to work on offshore fishing trawlers, and relocated to Coos Bay on the Pacific coast. It was there that the boat he was working on sank on a stormy new years eve, taking him down with it.