Moving to Rodanthe decades ago, I noticed how common the name Midgett was. Businesses were owned by Midgetts or their descendants. My first 3 landlords were Midgetts, and ultimately the property that I bought to build my house, was purchased from the Clarence Midgett family. Many of my friends have had, or descended from families with, that same last name. It’s believed that the first Midgett to arrive here in the 1600’s was likely a shipwreck survivor.

The family is engrained in local history. Many enlisted in the early US Lifesaving Service, and later the Coast Guard. Heroic deeds of the Midgetts on the Outer Banks have been well- documented. Most renowned is the Mirlo Rescue of 1918 led by John Allen Midgett, Jr. from Chicamacomico Station.  For this act of valor, Midgett and his 5-man crew were awarded prestigious Gold Lifesaving Medals and Grand Crosses of the American Cross of Honor. In 1921, the British government bestowed Gold Lifesaving Medals to the men as well as a silver cup to Keeper Midgett from the Board of Trade. 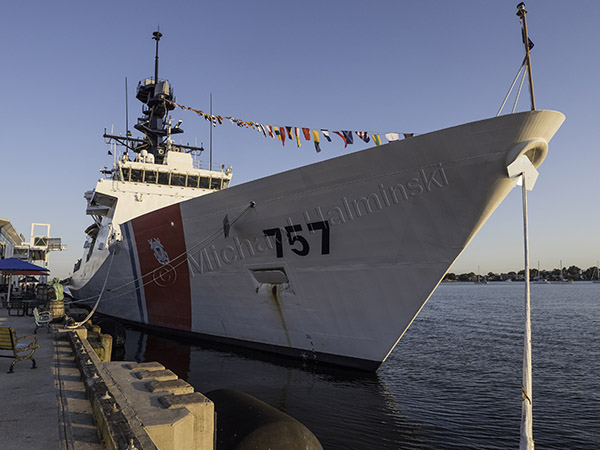 In 1971, to honor the former keeper at Chicamacomico, a 378-foot Hero-class Coast Guard Cutter was launched, named John Allen Midgett, Jr. Since then it has served the varied missions of the modern day Coast Guard. It continues to do so, currently using the name,  John Midgett.

Earlier this month a new US Coast Guard Cutter was docked at Nauticus in Norfolk for a pre- commissioning ceremony. Midgett descendants and friends were invited to tour the newly christened John Allen Midgett, Jr. At 418 feet, it’s a Legend-class cutter whose mission is maritime homeland security, law enforcement, marine safety, environmental protection and national defense. It is the successor to the first Midgett Cutter and is to be based in Honolulu where it will be commissioned next month. 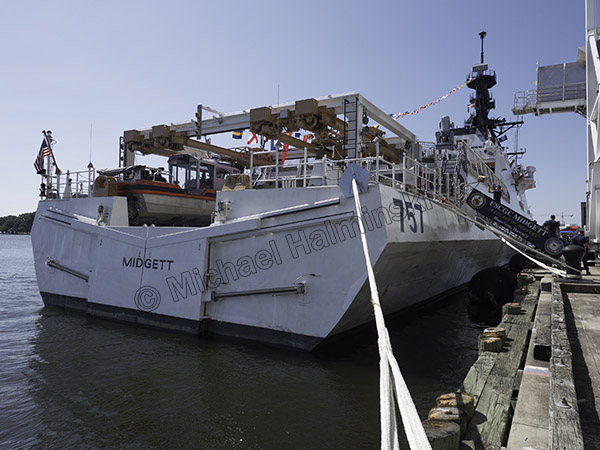 Everything about the John Allen Midgett, Jr. is strictly business. 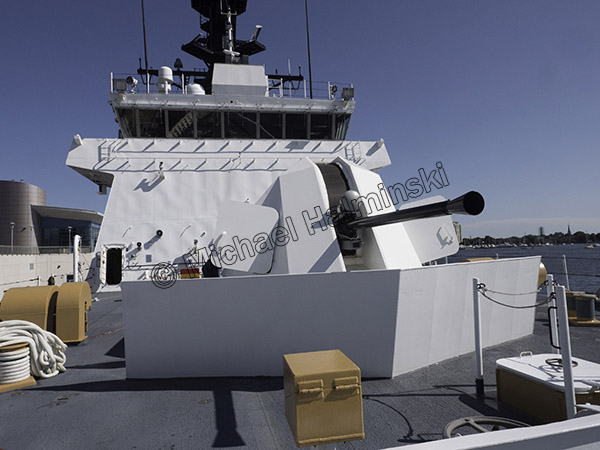 A 57 millimeter gun turret sits on the foredeck. 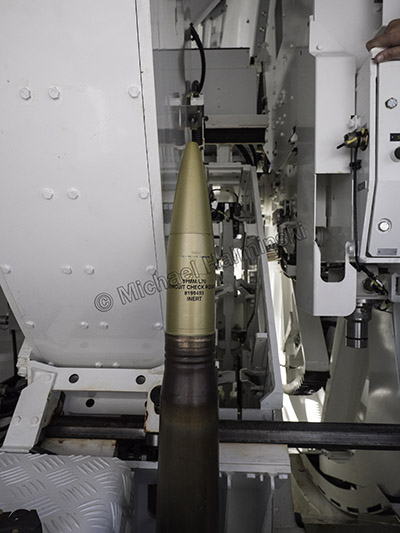 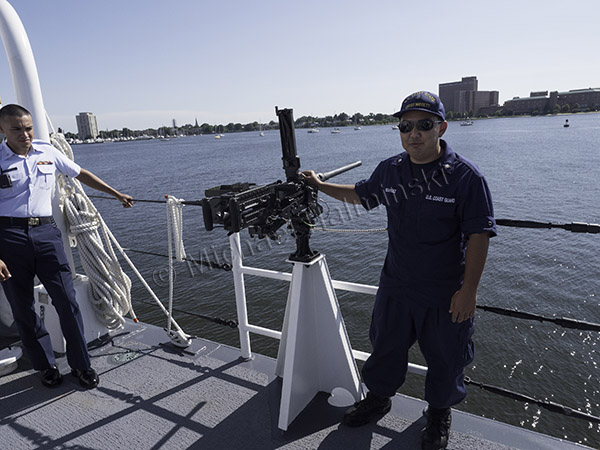 Gunner’s Mate Patrick Reinholz displayed a mounted machine gun and took questions on the port side. 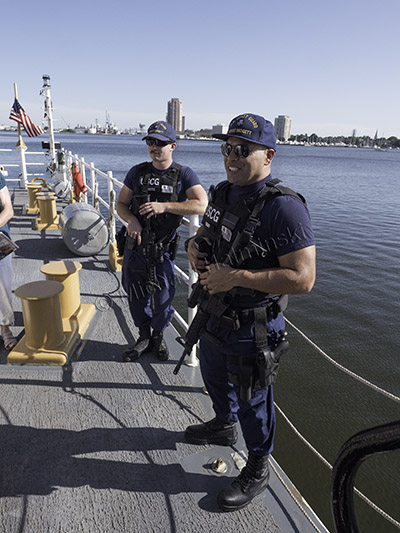 Maritime Enforcement Specialists Francisco Rubio (in front) and Michael Midgette explained their roles and weaponry. Midgette, originally from Manteo, is a descendent. There have been several spelling variations of the Midgett name going back to common ancestry. 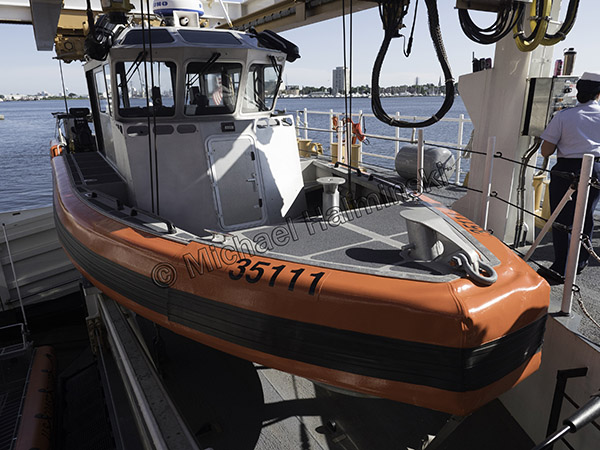 The stern launch held one of two cutter boats. This is the 35-foot Long Range Interceptor. 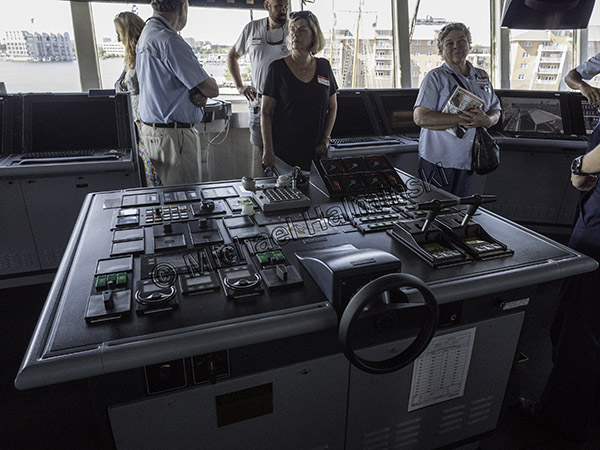 A state-of-the-art control panel on the bridge reminded me of a powerfully sophisticated video game. 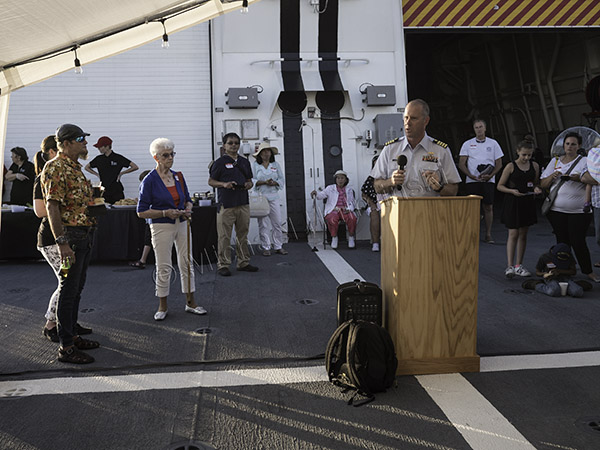 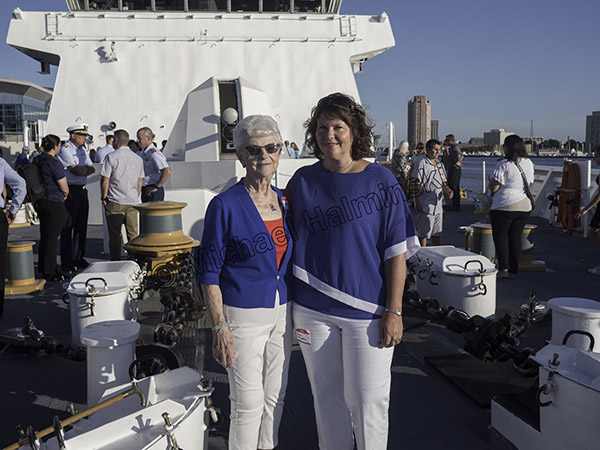 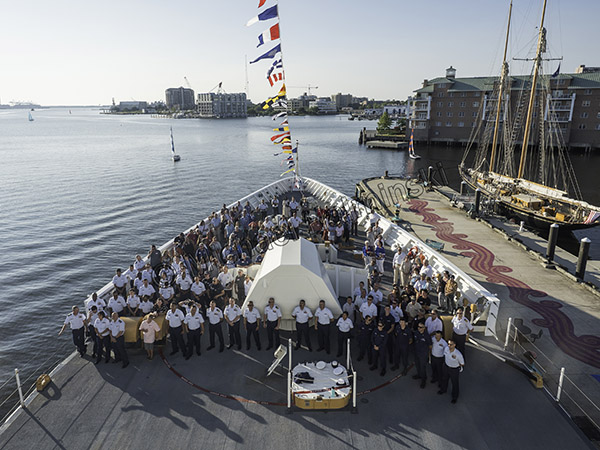 From the bridge, I photographed the assembled family descendants and crew. At 98 years old, the eldest was Lovie Midgett of Rodanthe. She attended the commissioning of the original Cutter in 1972.

Despite the new Cutter’s actual namesake, it is a tribute to all Midgetts with connections to the Coast Guard, as well as all Outer Bankers who take pride in local history and lifesaving.

Touring the ship was a once-in-a-lifetime experience.