Mirlo Beach isn’t the only area around here loosing houses. Over the years, dozens have gone in from Rodanthe Pier, all the way north through Mirlo. In recent months, the entire oceanfront has seen even more dramatic changes. The road at s-curve is an ongoing battle, and houses on the beach at Rodanthe are more at risk than ever. Nature has an uncanny ability to find a weak spot, and wash it away.

Years ago, when things were less developed, it wasn’t a big issue. But since then, Rodanthe has been significantly built up. Now it’s causing problems.

Right after Christmas, I walked south from East Point to Dean Street. It used to be my neck of the woods, my old back yard. Now many landmarks are gone, claimed by the sea, and I can hardly recognize the place by those standards any more. 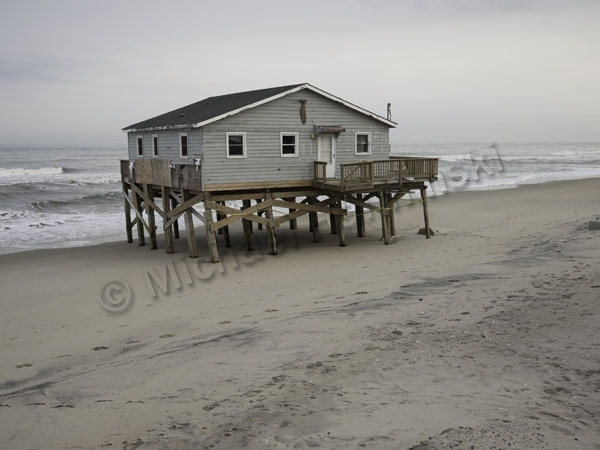 Buildings that used to be three or four lots back from the water, are now derelict on the beach…. or even gone. They are getting caught in the grip of a geologic process that won’t stop. 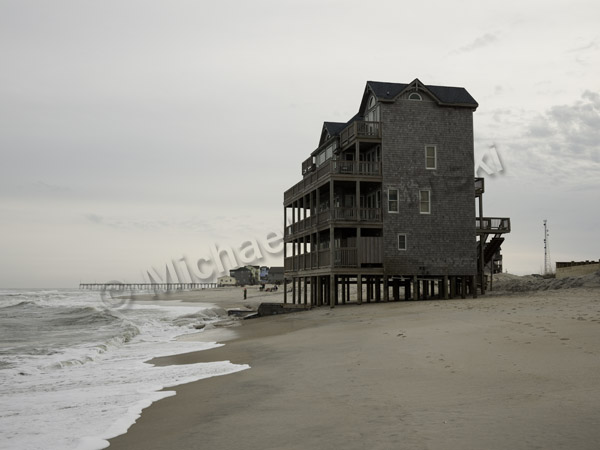 A relatively new house sits precariously on the beach behind Chicamacomico Lifesaving Station. 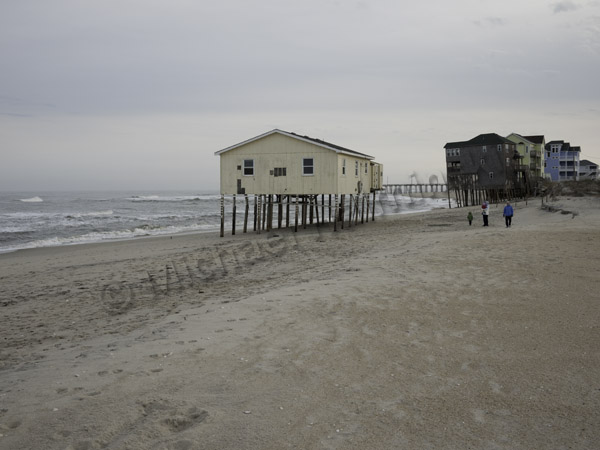 A condemned yellow beach box is north of Dean Street. 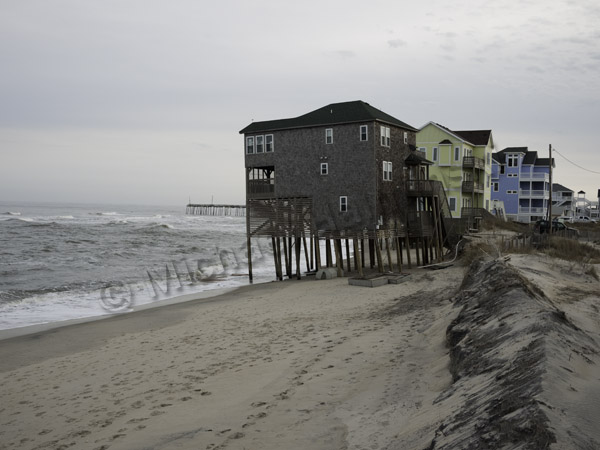 Walking up to this structure at the end of Dean Street, I could tell it wouldn’t stand much longer. Tons of sand have been washed away, greatly compromising the foundation. I’m told that it was built about 5 years ago. 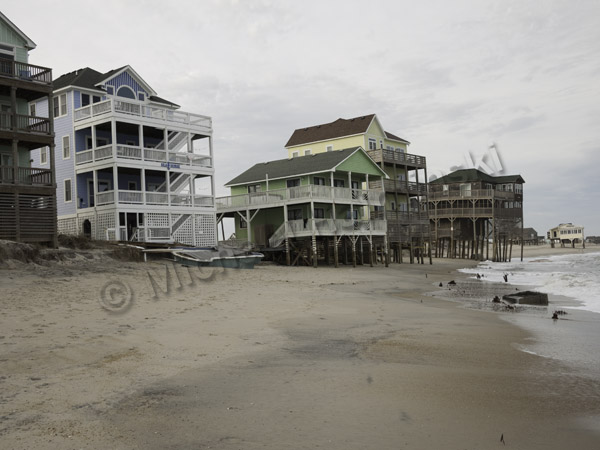 Viewing from the south, this has a “domino effect” look. 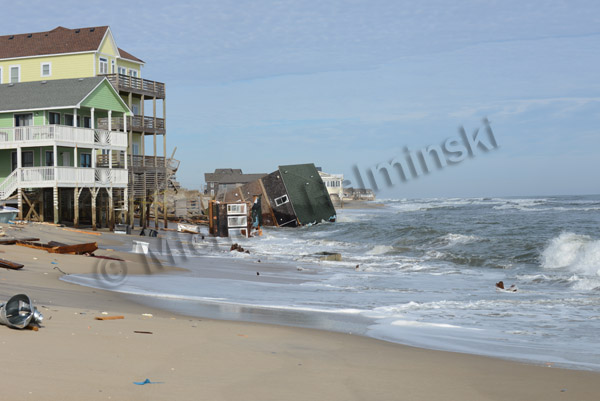 Two days later, it collapsed into the ocean. 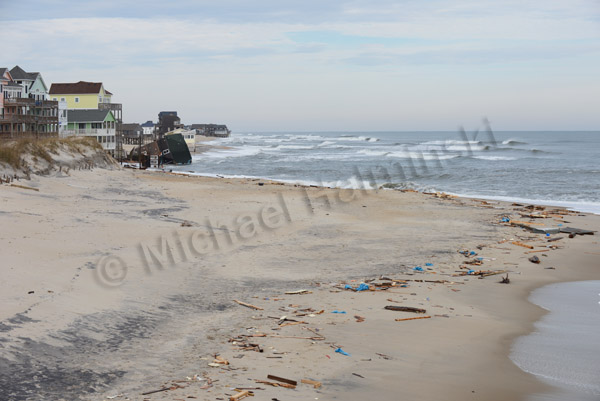 Debris is strewn all over the beach, like a shipwreck. 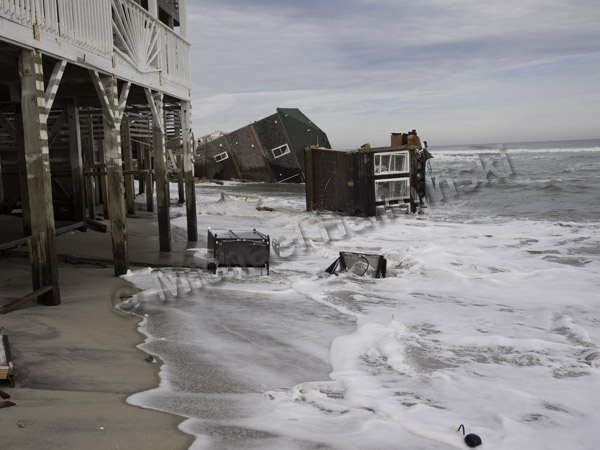 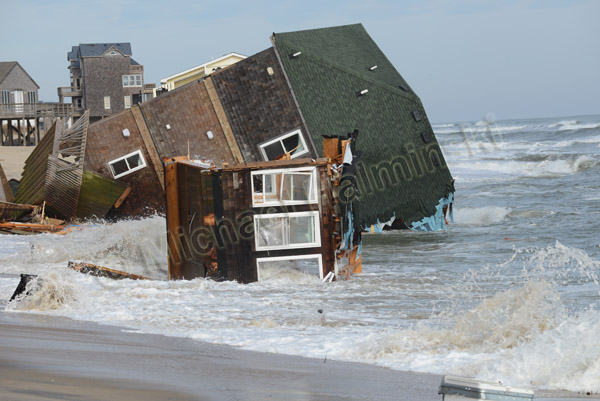 The building continues to break apart. 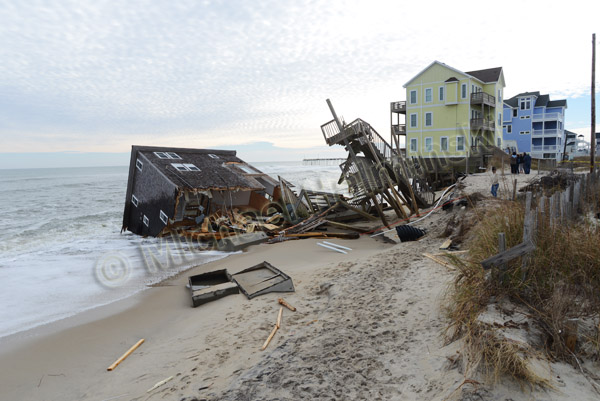 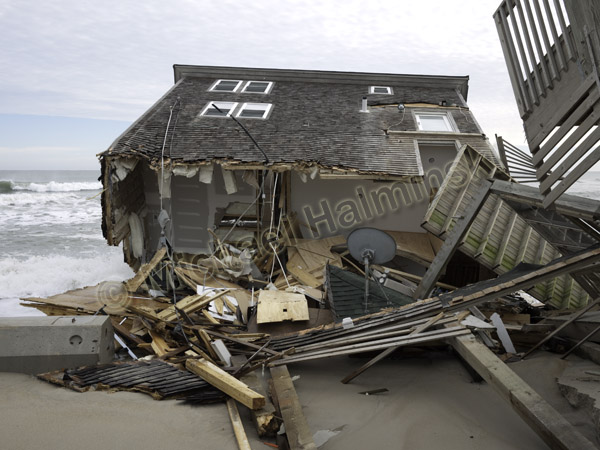 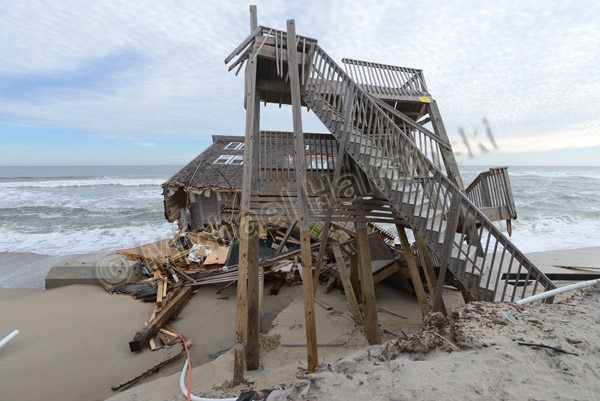 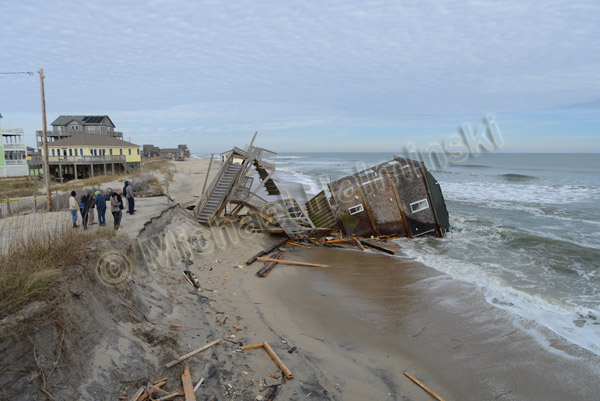 The Graveyard of the Atlantic claims yet another victim.

1 thought on “A House on Dean Street”