Life has had a funny way of taking me to unexpected experiences. Back in the 70’s I was drifting from one job to another. They were diverse and interesting. So when my landlady’s husband, Raymond, asked me to help out at Gull Island Gunning Club, I signed on.

Over the years, quite a few locals had worked at the lodge, and Raymond Midgett was one of them. The club was owned by Norfolk businessman Alex Kotarides and operated out of Salvo. The island is about 5 miles to the southeast in Pamlico Sound and is a unique spot on the edge of a reef that drops off into deeper water. It was and still is a haven for all kinds of waterfowl.

For $5.25 I bought a hunting guide’s license at Charles Williams Store in Avon and became an official waterfowl hunting guide. Up to that point, my only hunting experience was stalking birds on Pea Island with my camera.

I had heard stories about the good old days of waterfowl hunting on Gull Island when Ed Hooper was the head guide. I never met Ed but knew his sons well. Burt Hooper was the eldest and took over guiding after his dad passed away. Burt’s next door neighbor was Raymond who helped with the chores of running the club. For about 5 years I learned the ropes from Burt and Raymond and developed a common bond with them. 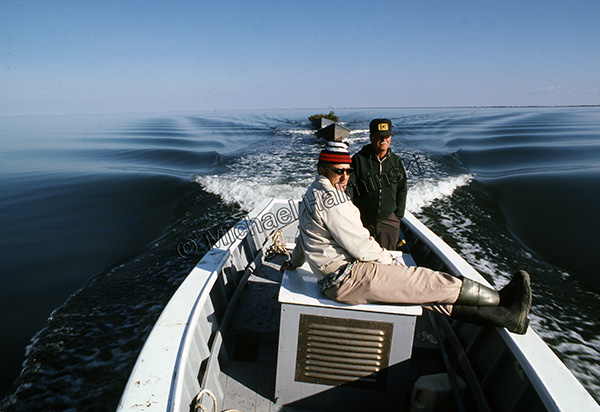 This beautiful day in 1977, I rode Falcon, a Willy Austin built boat, with Burt on the engine box and Raymond at the helm. We were on our way to Gull Island with two brush-laden skiffs to build some shore blinds on the island. 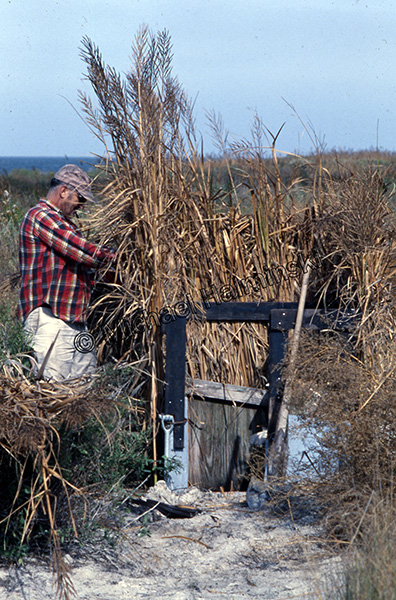 Burt Hooper showed me the art of concealment in blind construction. 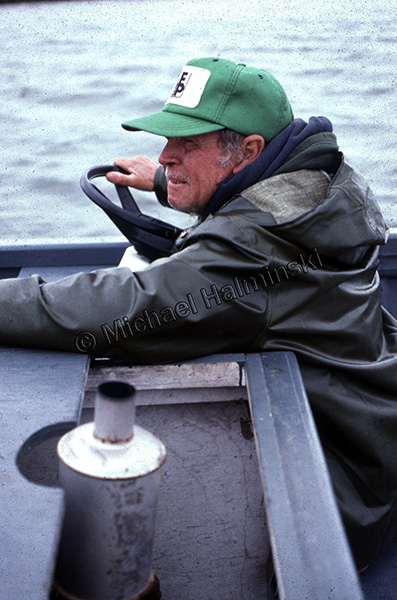 I rode with Raymond to and from the island countless times. We performed maintenance and stockpiled supplies for hunting trips lasting 3 to 4 days. 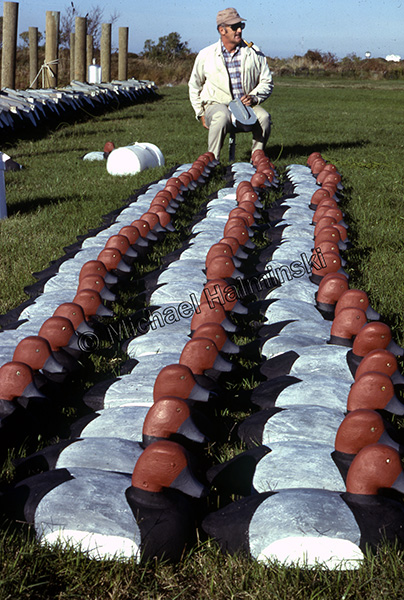 In 1979, Alex asked me to restore his decoys with new paint jobs. There were hundreds of them and it took me about 8 months to complete. The Herters decoys were made of balsa with pine heads. It was then that Burt showed me how to tie a bowline knot. There were two knots per decoy, one knot on the decoy end and another on the anchored end. After a few hundred decoys, I could do it without even looking.

For me it was gratifying to watch waterfowl pitch in to my paint jobs, especially around the sink box blinds. It was an effective combination. 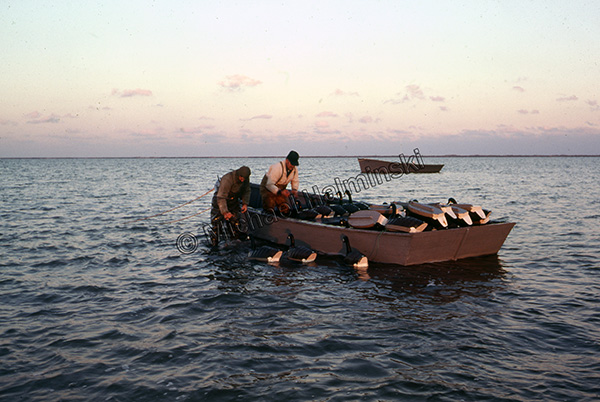 Picking up all the decoys after a day’s hunt was done in orderly fashion. It took a while, especially in adverse conditions. Here Mark McCracken hands canvas goose decoys to Burt stacking them in the skiff. Beyond is a 24-foot workboat called the Anytime. It was built in Avon by Willy Austin and featured an air-cooled 4-cylinder Wisconsin engine. It’s flat bottom had a tunnel astern to tuck the prop neatly underneath. It could run in a foot of water, and had a beautifully shaped sheer profile! 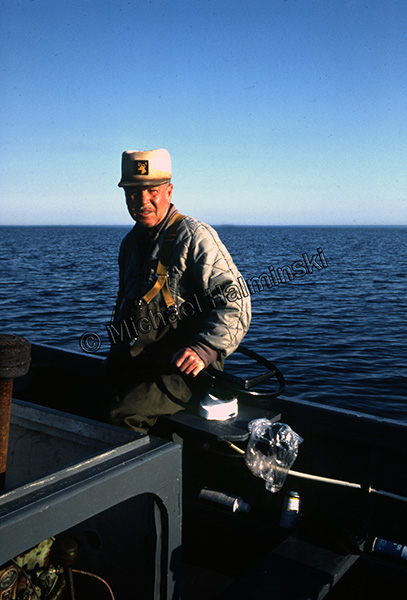 Cap’m Raymond, as I affectionately called him, was a consummate story teller and loved to play his electric guitar. He passed away in 1988 at the age of 69. 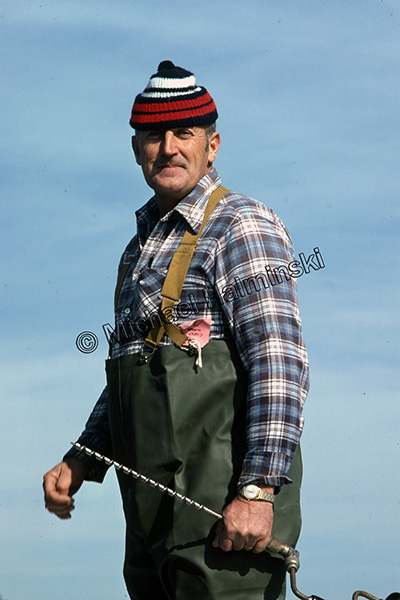 Burt Hooper was a pillar in the Salvo community and passed away this year on March 7. He was 85. Burt and Raymond both had a lasting effect on my life and helped steer me where I am today.