For a couple years I’ve been driving past the construction site of Hatteras Island’s newest bridge. Called the Jug Handle because of its shape, it bypasses a section of highway 12 that’s been constantly washed out by the ocean. Like most bridges, construction began from two terminal locations, to ultimately meet in the middle. For me, it’s a chance to shoot some interesting pictures. 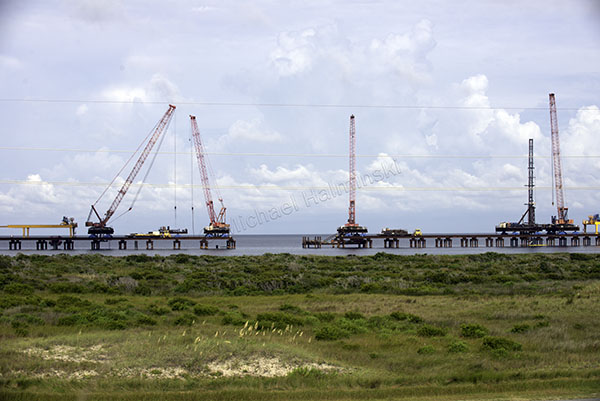 Ten days ago as the north terminus was nearing its south counterpart, I took a photo from the dunes across the highway. 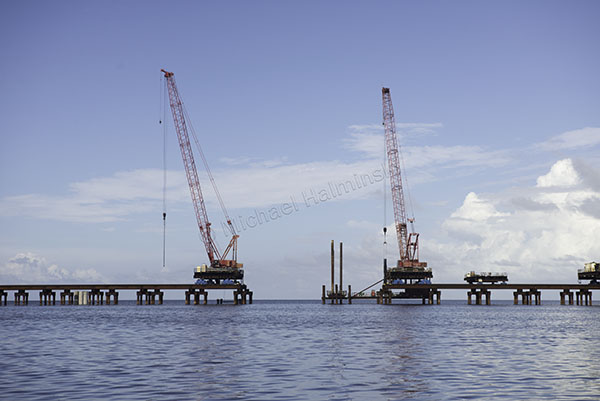 A week later I shot a similar photograph from a closer vantage point along the sound side shoreline. 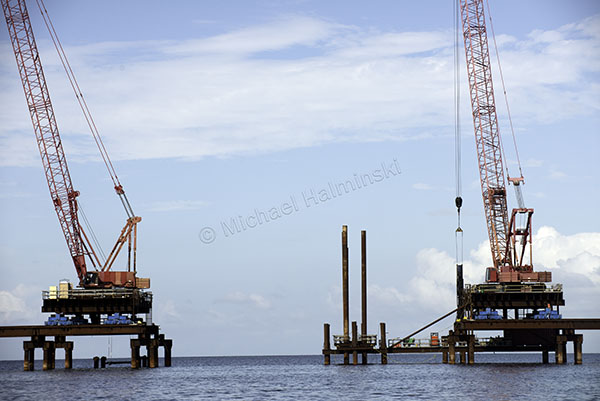 The cranes are enormous. 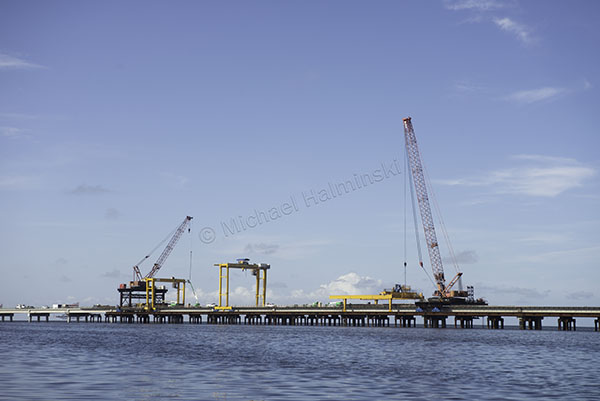 Water depth along the route is only a few feet deep, too shallow to work from a barge, so a trestle system was built along each side to accommodate machinery. This is the south end working its way northward. 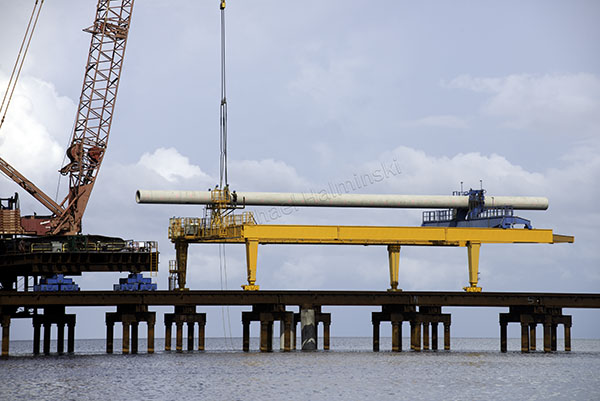 Giant pilings are delivered on the north end where workers bridle them to a crane for lifting. 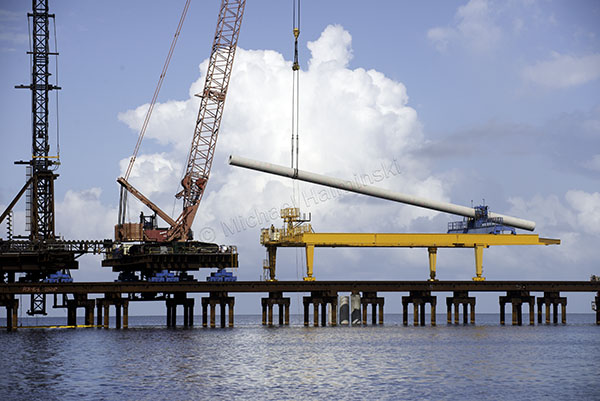 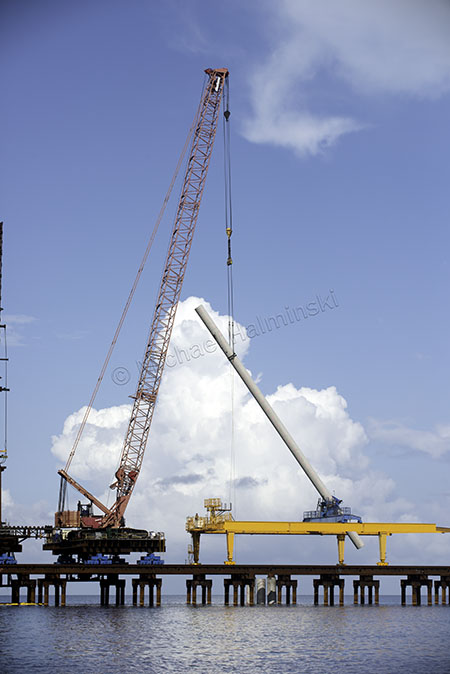 On the lower end, the 150 foot pile is secured in a pivotal yoke as it’s lifted. 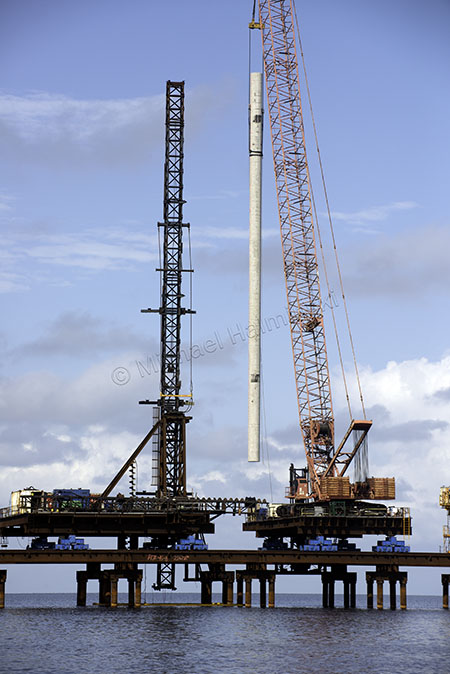 It is transferred to a towering frame where it’s driven precisely into the sandy bottom. 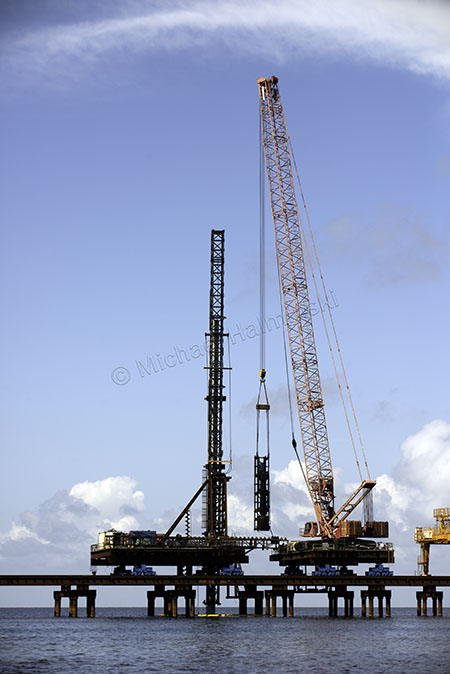 A pile driver is placed on top to pound it the desired depth. 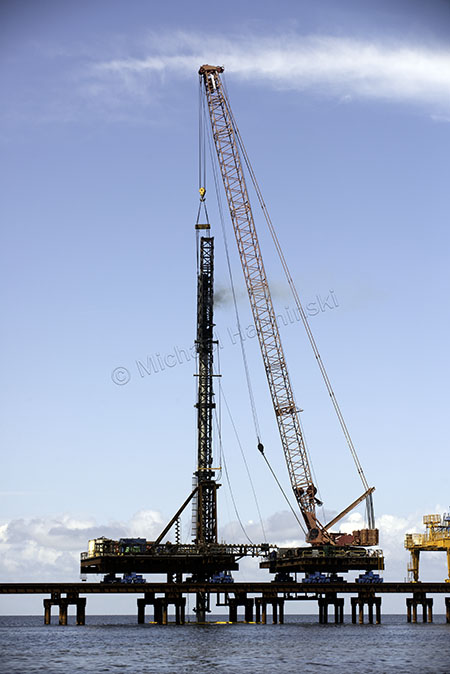 It looked like each impact drove the piling several feet. The two bridge ends will soon be connected. The 2.4 mile roadway is scheduled for opening early 2022.