A pound net is a fish trap that corrals fish into a pen where they are kept alive. They swim in the enclosure until they can be bailed out. In 1977 some commercial fishing friends of mine were setting up a pound net.

Eddie O’Neal, Ed Corley and Asa Gray were partners in this venture. They worked under the name Easy Money Fish Company, and constructed their net in an area of the Pamlico Sound, known as Scott’s Reef. 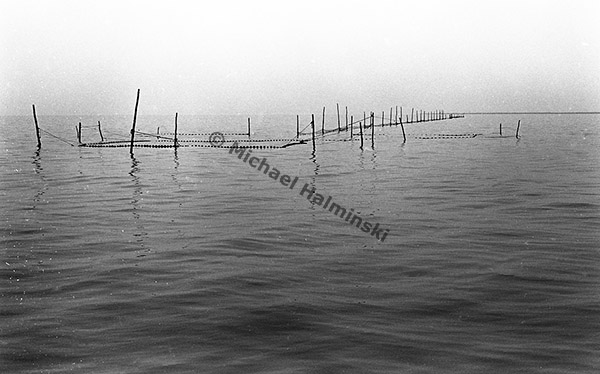 On a calm day, I rode out with Ed to check it out. They weren’t catching much at the time, but I photographed the basic layout shooting Panatomic-X, a fine grained black and white film. 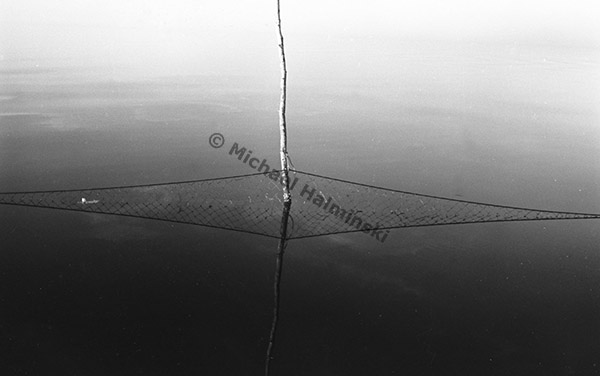 The fish follow a portion of the net called a lead, which channels them into a pound where they cannot escape. 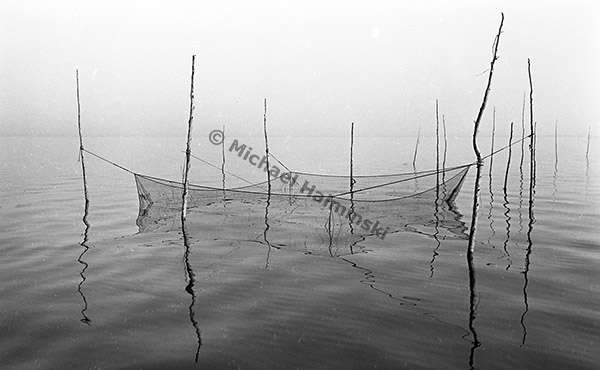 They’re penned in until the fishermen come to get them. Any unwanted or protected species are then released alive into open waters. Despite the labor intensive work to set up, a pound net is an efficient way to catch fish.

Thirty-five years later I photographed another net near Ocracoke Island. With commercial fishing getting to be a more difficult livelihood, there doesn’t seem to be as many as there used to be.

Years ago, Eddie O’Neal (1982) and Ed Corley (1985) died in separate weather-related commercial fishing incidents. Asa Gray passed away in 2018 after many decades as a waterman. How those guys loved to fish!