Years ago, before there was cable television and the internet on Hatteras Island, I relied a lot on weather radios. I also had my dad, a career meteorologist, for tracking and updates of tropical systems. With an approaching hurricane my dad would look at surrounding pressure systems and could plot a course using his protractor and a set of parallels. He had an uncanny sense of predicting where the storms were headed, and a detached calmness even about a major hurricane bearing down on one of his sons.

Today of course, we have the world wide web of information. And that’s a good thing, because my dad is gone, and it’s helpful to know what we’re in for. Hurricane Earl is forecast to head our way and veer off slightly to the north northeast just south of the Cape. And that would be a good thing. Hopefully we can dodge this storm, like many others.

Yesterday morning I drove up to the S-Curve to check the swell, and it had definitely picked up. There were a few brave souls playing near the shore break, and even some body boarders getting some thrilling rides. From the beautiful weather, you’d hardly know that there was an approaching storm. 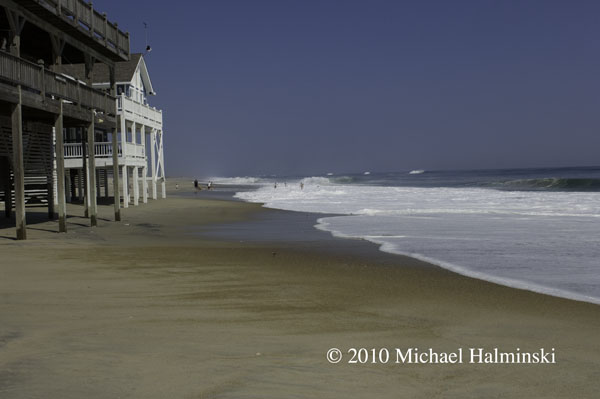 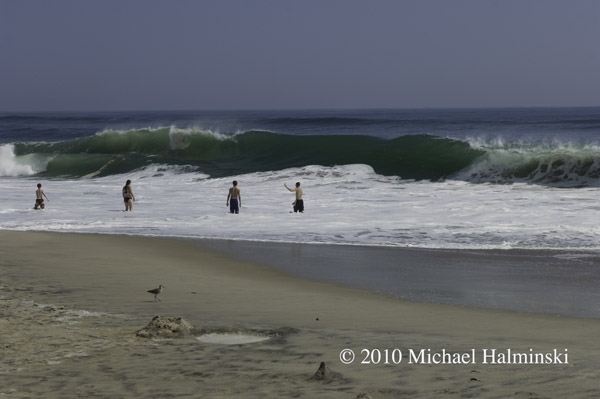 Playing close to the shorebreak at S-Curve. 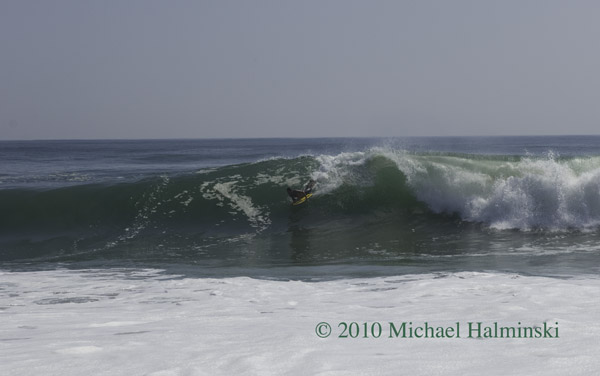 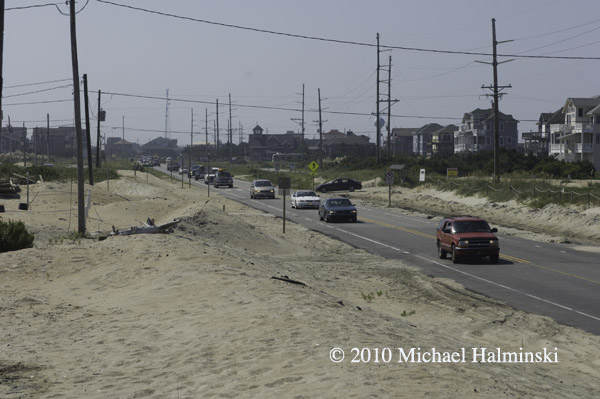 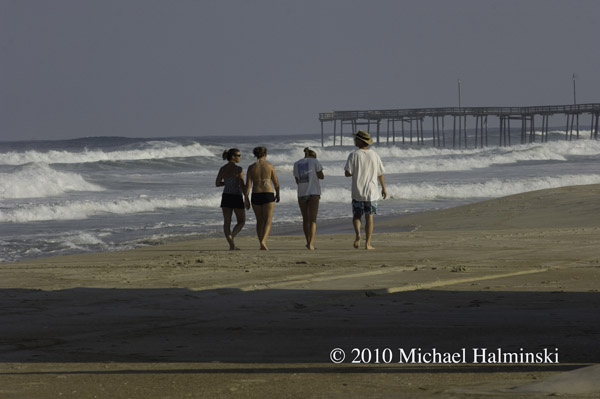 Making the most of the last day of gorgeous weather near Rodanthe Pier. 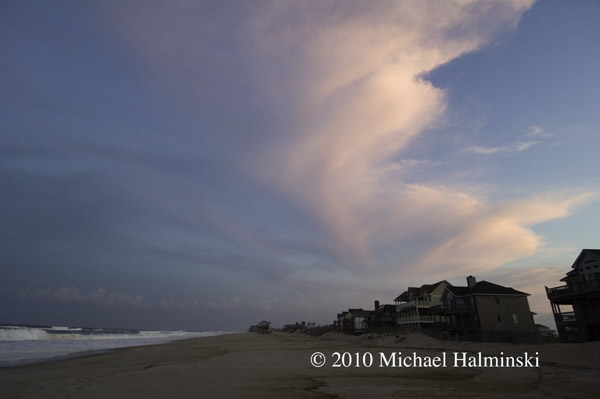 The end of Wednesday with swirling high clouds.

Next morning, after a restless sleep, I wonder what the next 24 hours will have in store. It’s hot and humid, and light northeast winds. The house is boarded up with plywood that I bought 28 years ago. 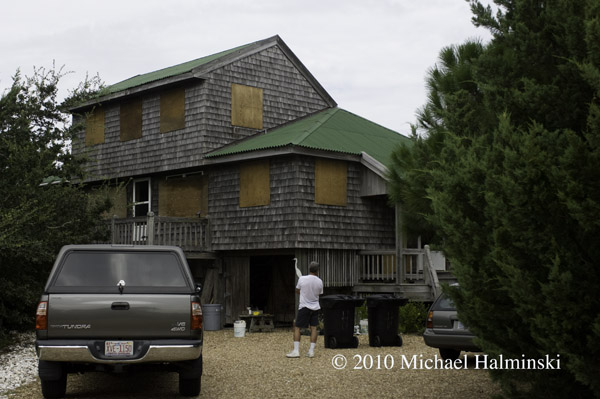 All boarded up and ready to move vehicles to higher ground. 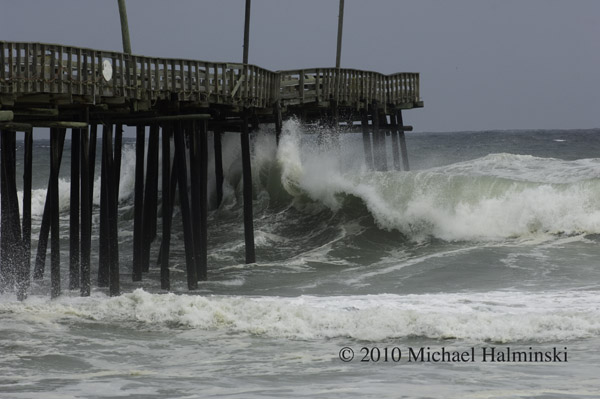 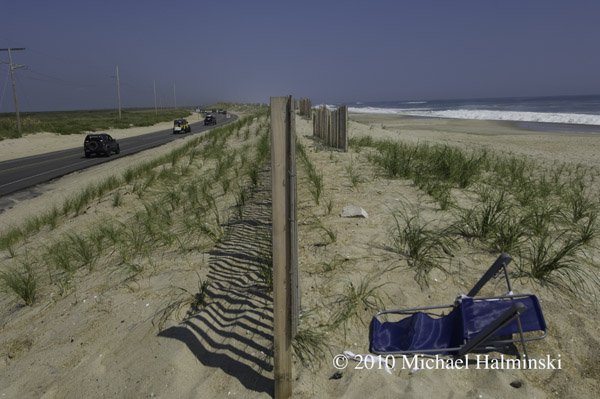 The artificial dune at S-Curve on Wednesday morning. 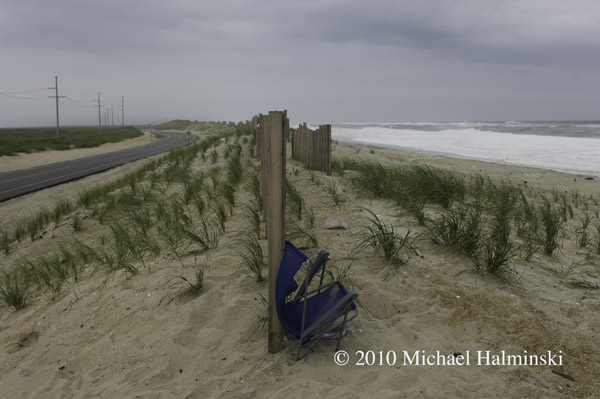 Same location on Thursday. Hurricane Earl will pass in several hours, and like many hurricanes, at night. I can’t tell you how hot and humid it is, and I’m worn out from all the preparations. It’ll be a long night.

I intend to expand this blog entry as time goes on. So stay tuned.

2 thoughts on “Watching and Waiting”