Last night it was good news to hear about Earl’s slight change in course. We checked the S-Curve at sundown, and found the seas just starting to wet the highway. Water was washing up under the houses. The skies looking ominous. 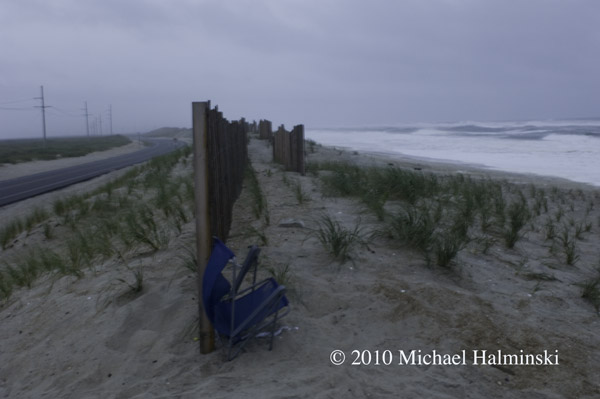 Here’s the S-Curve sand fence again. You can see things are beginning to tighten up. It must have washed away by now. 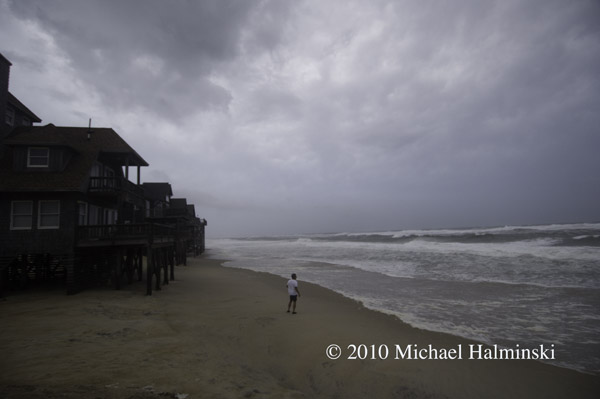 My brother-in-law Ray Murray is from Missouri, and this was is his first hurricane.

This is the outer edges of the storm thickening. Wind was picking up by the minute.

I was awakened about 5:45 this morning to an abrupt shaking of the house. The winds are picking up from the backside of Earl, shifting northwest. I’m always amazed at the one-two punch of storms like this. You can tell where you are relative to the center of circulation. Straight east of us is due north winds, switching hard to northwest as the storm passes. So far we’ve had about 5 inches of rain here, with signs of it tapering off. I wouldn’t be surprised if, at some point, we had winds in the range of 80 to 90. By the time I had checked the barometer, it had gone up to 990 millibars from what ever it was during the peak. 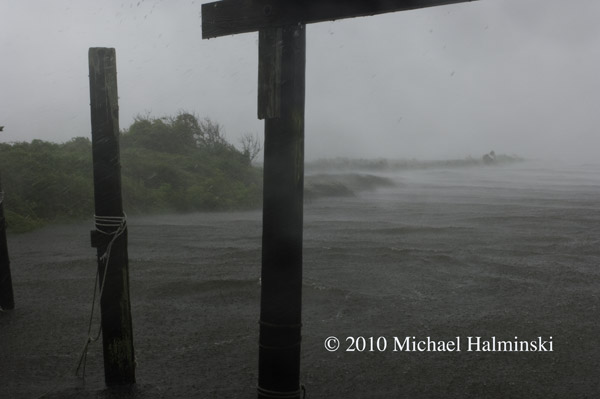 This is a view from my neighbor’s fish house. The sound tide has risen a couple of feet, flooding highway 12. I’d heard that digital cameras were pretty good in the rain, so decided to put it to the test. Right about this time a serious squall came through. Look how well the marshlands absorb the seas. 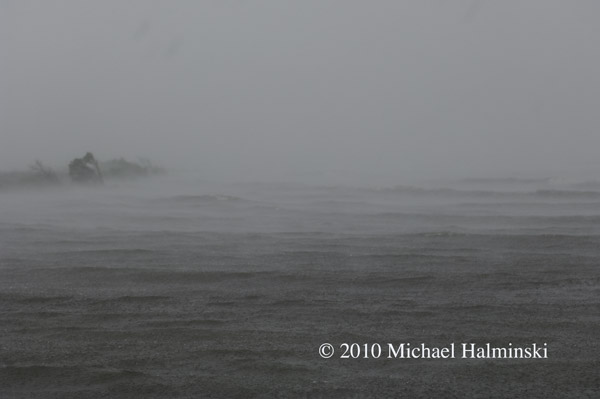 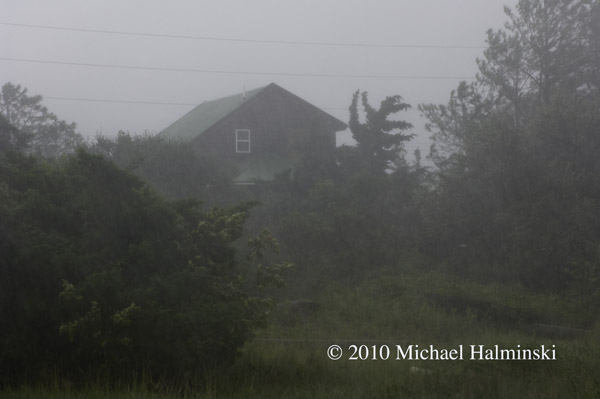 Mi Casa during the squall. 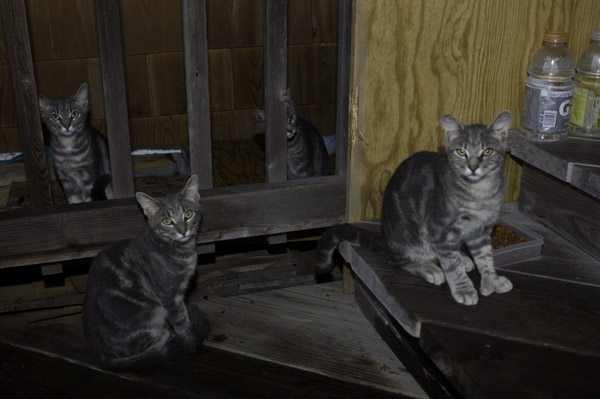 Our adopted feral kittens were sacked out in the hurricane hole that we built for them.

1 thought on “Morning After”