This entry was originally posted on November 16, 2009

Yesterday the 15th of November, one day after the storm wiped out a portion of highway 12 at the S-Curve, North Carolina Department of Transportation officials began work to reconstruct the main road coming into north Rodanthe. They are working to build back the berm that was washed away. What they are going to do about resurfacing the road is another matter. In the meantime, only 4-wheel drive traffic is allowed to transit on a temporary sand road west of the affected area. This is in effect only during daytime hours. 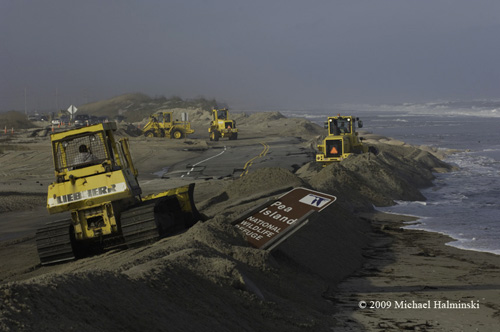 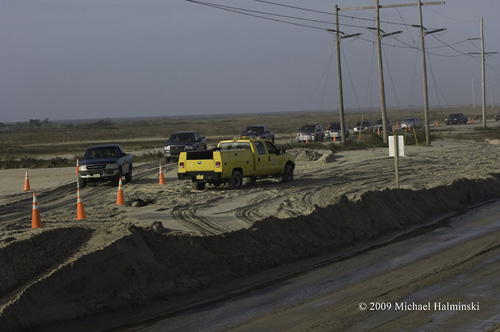 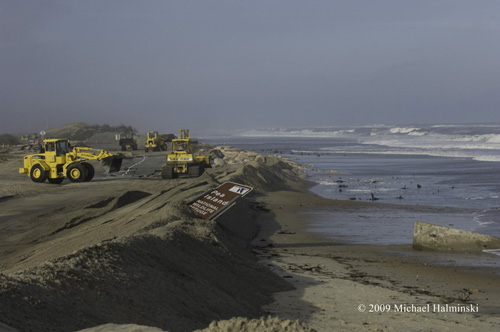 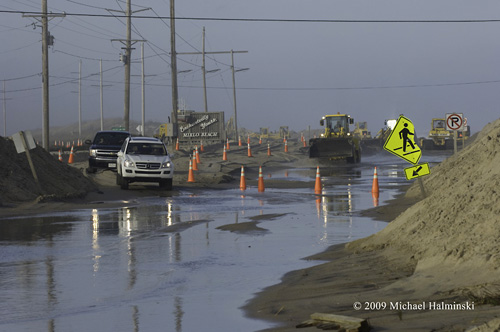 This morning, I looked out my upstairs window over the Pamlico Sound to see the NCDOT ferry “Stanford White” heading to Rodanthe. Once I arrived on the scene, I learned that the ferry operations would begin tomorrow carrying mainly commercial traffic and other vehicles between the Stumpy Point ferry terminal and Rodanthe. This is not an official notice, however, just what I was hearing at the time. It could be rumor. It could be fact. So far I see no notice about it on NCDOT or Dare County web sites. 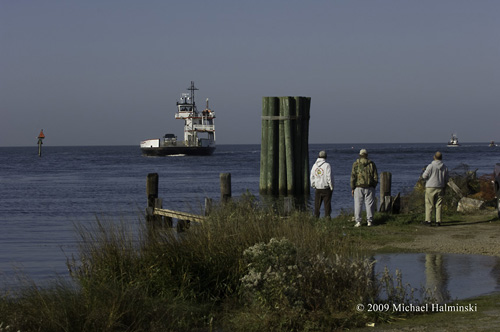 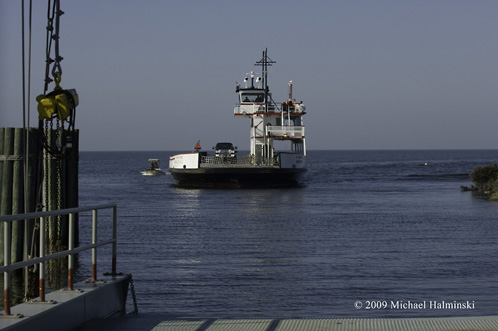 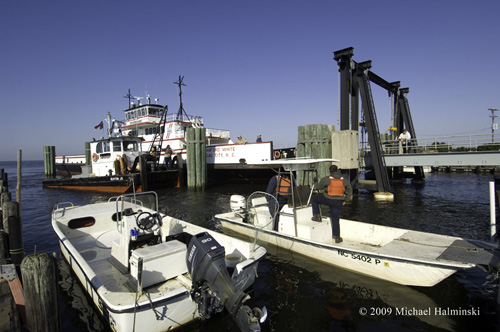 The new Rodanthe ferry service has had a few test runs in the past, but never truly implemented. 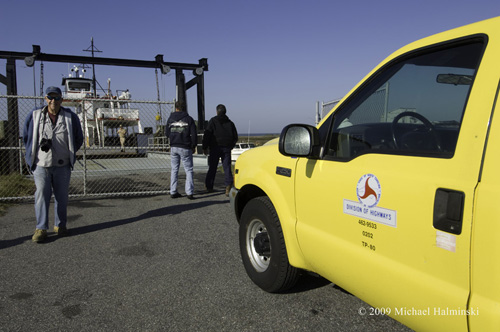 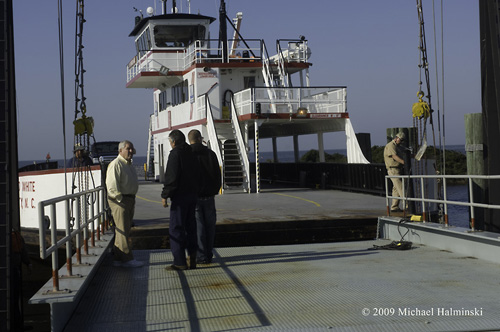 Jack Cahoon, the present NCDOT Ferry Operations Director was personally on hand to help smooth out the transition. Locals here have known for some time that this day was coming. It was just a matter of when.